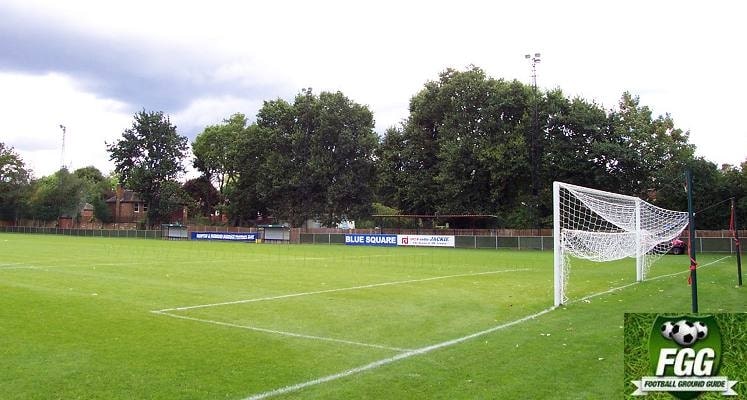 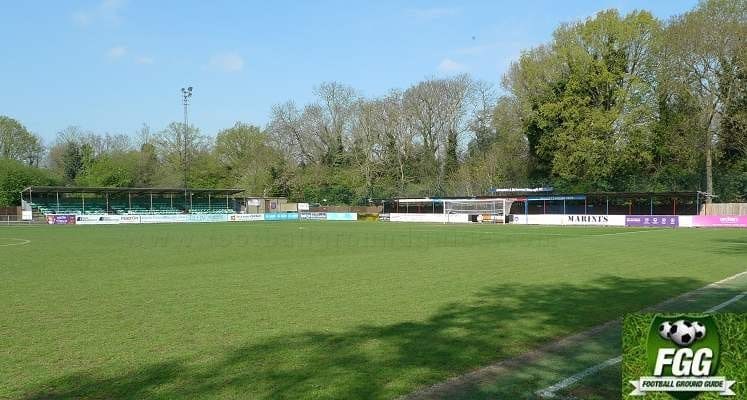 The Beveree Stadium is on the small side, but is (mostly) well maintained and has real wooded feel to it, with a lot of large trees being visible around its perimeter. On the west side of the ground, there are a mixture of stands. In the centre is the very small Main Stand that has 234 seats. The leg room is rather limited in places. It has three large supporting pillars along its front that help hold up a rather basic looking corrugated roof. An additional row of seats have been attached to the front wall at pitch level (included in the number above).  Attached to the Main Stand in the south east corner is a shallow terrace, which has seven wide steps, and has a corrugated roof that covers most of the area. Again it has a number of supports running across its middle. On the other side of the Main Stand is a small covered seated stand, with 251 seats. Although it is temporary in nature, it looks as though it has been there for some time as the green seats look faded and some of the seats are not in the best condition! The corrugated iron roof only covers the back few rows of seats. There are also some standing areas on this side of the pitch.

Opposite on the school side, it is mostly open flat, or slightly stepped standing, although there is a small cover around the half way line. The team dugouts are also located on this side of the ground which makes it very difficult for those on the ‘bench’ to see the action on a sunny day. At the south end behind the goal is the small covered seated Alan Simpson Stand. This simple looking stand runs for around a quarter of the width of the pitch, with standing at the front and small terraces on either side. There are 100 seats in four rows and it is raised above the playing area, meaning that spectators need to climb a small set of stairs to access it. This stand is covered and is free of any supporting pillars, ensuring an uninterrupted view of the game. There is good leg room and the seats are comfortable. This end also has the Social Club to one side and the club’s dressing rooms, meaning that the teams come onto the pitch from that end. As the team dugouts are located along the far side of the pitch this leads to a bit of a procession of players and club staff at half and full time. At the opposite, North End is a small covered terrace which sits directly behind the goal, with open terrace to either side. This has been named The Keith Hussey Stand. It is rather a ramshackle affair with 20 scaffold poles along the front holding up the roof, but some roof is better than none. The stadium has a set of eight small floodlight pylons, four of which run down each side of the pitch. As well as toilets in the club house there is a separate toilet block in the small car park.

In August 2018 the ground was renamed the Jezzards Beveree Stadium in a corporate sponsorship deal with a local firm of Estate Agents.

Normally a friendly welcome awaits the visitor to the Beveree Stadium. It is testament to the hospitality of the Club, that no one can really remember the last time that fans were segregated at the ground. At the ground is the club house called Hammonds Bar, which at one time used to be known as the Beaver Bar! This bar serves real and also shows televised sports. Probably the closest pub to the ground is the Worlds End which is around a five minute walk away on Station Road. To find this pub, then with the ground entrance and Beaver Close behind you, turn right along Station Road. The Worlds End is a short way down on the right hand side. Further along Station Road near to Hampton Railway Station, is the Railway Bell pub. Opposite this pub is a handy fish and chip shop called Marinis.

How To Get There and Where To Park

There is only a small car park at the ground itself, so it is a case of street parking.

Hampton Railway Station is located less than half a mile away from the ground. It is served by trains from London Waterloo, two per hour throughout the day on the line to Shepperton. On exiting the station turn left along Station Road. Beaver Close and the entrance to the Beveree Stadium are half a mile down Station Road on the left.

Please note that Hampton Wick and Hampton Court are different stations on the network. Although Hampton Court is just over a mile away from the Stadium, Hampton is closer.

Hampton Hotels - Find and Book Yours And Help Support This Website

If you require hotel accommodation in the local area or in Central London then first try a hotel booking service provided by Booking.com. They offer all types of accommodation to suit all tastes and pockets from; Budget Hotels, Traditional Bed & Breakfast establishments to Five Star Hotels and Serviced Apartments. Plus their booking system is straightforward and easy to use. Just input the relevant dates and click on "Search" below or on the hotel of interest on the map to get more information. The map is centered on the football ground. However, you can drag the map around or click on +/- to reveal more hotels in the area or further afield.

Map Showing The Location Of The Beveree Stadium In Hampton 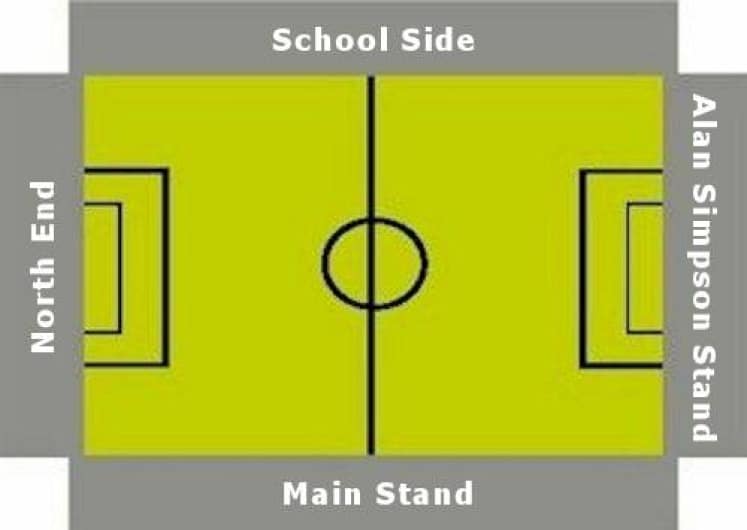