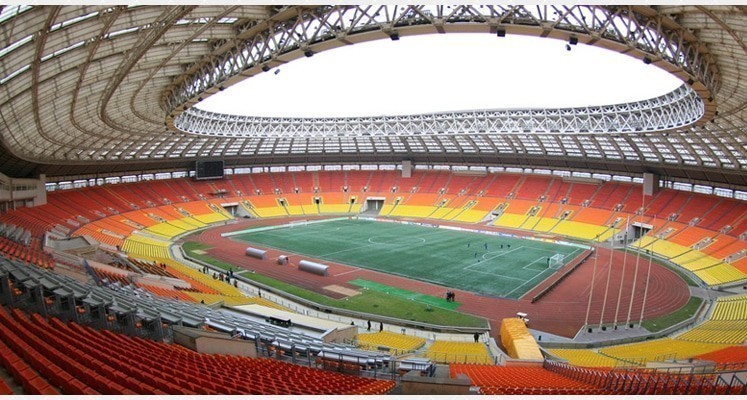 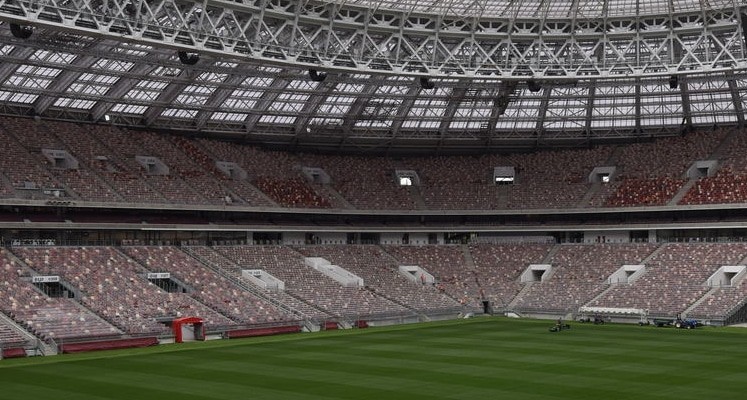 Russia is also one of the countries that adopts a differential pricing for the match days. There is no one defined price for a game at this location. There are a number of factors that determine the ticket price. Some of the parameters will be the ranking of the opposition, quality of the competition, and demand.

During the Confederations Cup in 2017, fans visiting the ground had to pay around 950 rubles to once again from one of the base sections. At the same time, the final of the competition ended up charging fans 15,000 rubles for a ticket. It is extremely possible to witness such wild swings as the event approaches.

Even with a large capacity, it can be difficult to get tickets to the Luzhniki Stadium during the top matches. The tickets are largely sold by the football governing body like UEFA or FIFA, while the national team’s Football Association also has a decent say in the same.

The tours organised at the Luzhniki Stadium go into multiple details that would be interesting for kids and adults alike. Apart from focusing on the sports, the tour will be looking at other details like history as well. There is no minimum age of entry and fans of any age will be allowed into the stadium as long as they pick up tickets. The tour is priced at 900 rubles for anyone above 12 years of age, while any children below 12 years of age can get a ticket for 500 rubles.

The tour focuses on different sections of the stadium like the players’ changing room, press room, media centre, VIP areas, player tunnels, and pitch side. Even some of the fascinating technical aspects of the stadium will be covered as part of the tour. Since the stadium happens to possess an extraordinarily rich roof, you can even get an opportunity to walk on the roof. Apart from taking a look at the stadium, the tool also provides an opportunity to interact with the constructors began this awe-inspiring place.

It can be quite an experience to drive in Russia. This is due to the large volume of traffic and the slippery road conditions during winter months. If you still are intent on driving to the Luzhniki Stadium, it is certainly possible due to the large number of road networks that lead to the capital city.

The stadium is actually located some 6 km away from the Moscow city centre and it is in the southern part of the city. One of the major difficulties when driving in Russia would be the lack of English in the road signs. As a result, it is very easy to miss an exit or two. It can be quite tough to drive around this part of the world without satellite navigation assistance. For those who intend to use the feature, the satnav address will be:

There are many taxis are available from the city centre. If you want to get from a major landmark in the city like the Kremlin, you can expect to pay around 600 rubles for a taxi ride.

The journey through train can be quite laborious and time-consuming, as Moscow is quite far away from most of the major European cities. For example, it would take a whopping two days to reach Moscow from London via train. This is even after taking the quickest route, which passes through cities like Brussels, Koln, and Warsaw.

After you make it to the city, you will find that there are multiple options for visiting the stadium. You can take a taxi, which can end up costing a decent amount of money. A cheaper, faster, and more efficient way to reach the ground will be the metro. You have to take the metro line 1 to reach the stadium by getting off at the Sportivnaya stop. There are frequent trains providing connection from the main Lubyanka Station.

If the train does not cut the mustard, you have the option of taking a flight to several airports in the city. As the capital city of Russia, it is not a surprise that Moscow has four international ports. Most of the air traffic is handled by the Sheremetyevo international airport.

Since the Luzhniki Stadium has undergone a major renovation in recent years, it certainly does not feel like visiting a ground that was constructed in the 1950s. Instead, the modern facilities available at this ground is sure to impress any supporter from any country in the world. The facilities at this ground are as good as those offered by the best stadiums in the world.

There are a ton of food and beverage options available for users. Even though these are a little average, you can still find a lot of good dining options in the city. Furthermore, the stadium excels when it comes to offering unobstructed views of the pitch. For someone who is used to a stadium that is much closer to the pitch, the noise levels may be lower at the Luzhniki Stadium. This is due to the vast space between the pitch and the fans – created due to the athletics track and other features of this multisports complex.

The hospitality features were one of the key focuses when the stadium was being renovated, as FIFA had brought in a range of requirements to host the World Cup 2018 final. You are unlikely to have any reason to complain about the Luzhniki Stadium and the facilities on offer. Even if you try to nitpick, the hospitality features are able to offer a mighty alternative.

A notable feature of the ground would be the presence of a Vladimir Lenin statue outside the grounds and it is a testament to the communist revolutionary.

As the capital city of Russia, you can expect to find a number of pubs and bars that are located near the stadium. Some of the top choices would be

The culture of Irish pubs has spread to far-flung regions and the presence of such an Irish pub in the capital of Russia is another sign of its popularity. Apart from having a ton of Guinness and other drinking options, this place also has a good variety of Russian food. There are also some excellent live sport options available through large televisions.

This is a pub meant for British travellers, as it is apparent even from the name. There are several choices available for food and this even includes Russian cuisine as well. Besides, there are stouts, porters, ales, and many other drinks offered to visitors. Due to the presence of many TVs, you are unlikely to be craning your neck to watch the live sports action.

This is a pub with an excellent reputation. It also happens to feature large television screens, live music, and lot of drinking options. This is a no-nonsense place for you to visit before any match.

The Luzhniki Stadium is the official ground of the Russian national team and it is also one of the oldest of its kind after opening in 1956. However, you can expect a modern stadium due to the renovations that went on for the 2018 World Cup. Unlike many stadiums available for national teams, this is a multipurpose facility that houses tracks for athletics and more. The ground was initially famous for the synthetic grass, which initially gained a lot of criticism, and it was later replaced with natural grass in 2008.

When you visit this ground, you will notice a seamless bowl that is very similar to stadiums found in mainland Europe. However, there are four different sections that have a significance of their own. They are North, South, East, and West.

The North and South stands are places that are just behind the goal, while the East and West stands are those that run along the pitch. These also happen to contain the expensive seats, players’ tunnel, dugouts, and more.

There are multiple facilities at the Luzhniki Stadium to assist disabled fans. You can get in touch with the stadium for more information.

Be the first to leave a review of Russia National Team!