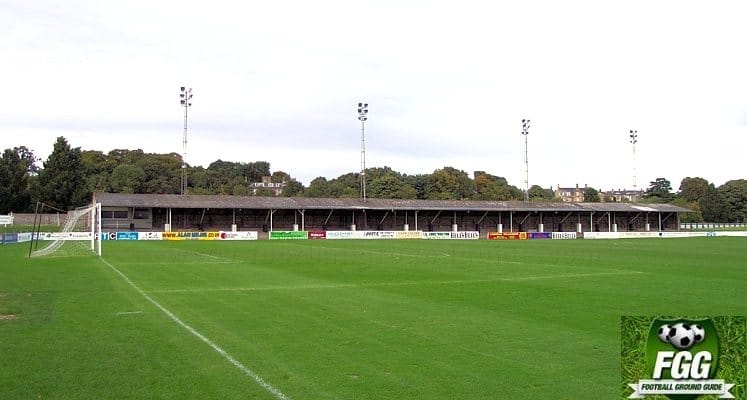 On one side of the ground is a small, covered Main Stand. This all seater stand runs for only about half the length of the pitch and straddles the half way line. There is terracing to one side of this stand. On the other side of the ground is a small covered terrace, which is divided between home and away supporters. This enclosure looks quite old and has a number of supporting pillars. Both ends have newish open terraces that are set back from the pitch. These were opened in the year 2000. An unusual aspect of the ground is the odd looking floodlights running down each side of the pitch, the bases of which, on the enclosure side go down through the roof and onto the terrace, further hindering the spectators view of the playing action. Borough Briggs is the most northerly professional club ground in the UK.

Away fans are located on the Western side of the covered enclosure. This stand is a little grim and the views of the action, unless you are right of the front of the stand can be quite poor, as there are a number of supporting pillars to contend with. The facilities in this area are quite basic, but at least it is covered and even a small number of away fans can really make some noise from this terrace. You will normally find a warm welcome at Borough Briggs and this makes for a good day out.

There is a supporters social club which welcomes away fans, the entrance to which is located behind the Main Stand. The social club is quite comfortable, so much so that the barman was telling me that on one occasion, two supporters from Stranraer never left the bar all Saturday afternoon and didn't get to see the game! Otherwise if you take a 15 minute walk into the town centre, then on the High Street there is a Wetherspoons outlet called the Muckle Cross, as well as the Droughy Cobbler pub. Both of these are listed in the CAMRA Good Beer Guide.

Coming from the East or West along the A96, continue into Elgin until you reach the roundabout that has Elgin Town Hall situated on one corner. Turn at this roundabout onto the A941 (North Street) towards Lossiemouth. After a short distance down this road, take the second road on your left (Borough Briggs Road) and the ground is situated down this road on your right. There is plenty of street parking around the ground.

Elgin Railway Station is about a mile from the Borough Briggs ground and should take about 15 minutes to walk. Kevin Craig provides the following directions; 'As you leave the station turn left and continue up a steep hill. Continue straight on this road crossing two roundabouts and at the third roundabout turn left. Go up this road for some 500 yards and you should see the ground on your left hand side'.

Elgin Hotels - Find and Book Yours And Help Support This Website

If you require hotel accommodation in Elgin then first try a hotel booking service provided by Booking.com. They offer all types of accommodation to suit all tastes and pockets from; Budget Hotels, Traditional Bed & Breakfast establishments to Five Star Hotels and Serviced Apartments. Plus their booking system is straightforward and easy to use. Yes this site will earn a small commission if you book through them, but it will help towards the running costs of keeping this Guide going.

Map Showing The Location Of Borough Briggs In Elgin 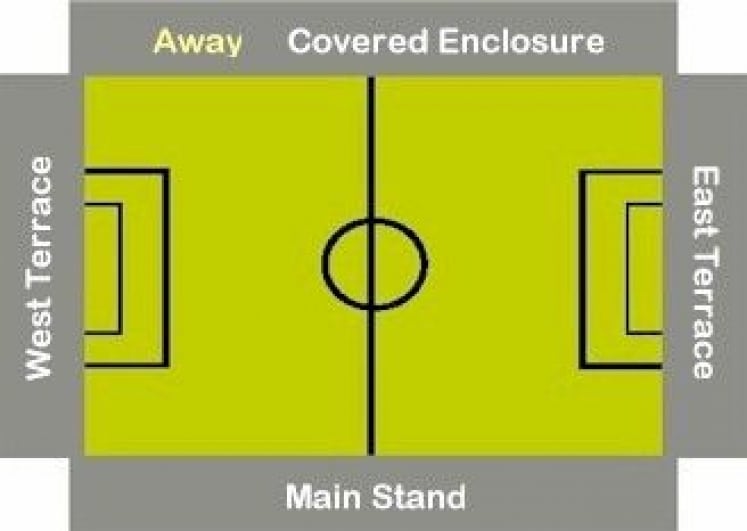