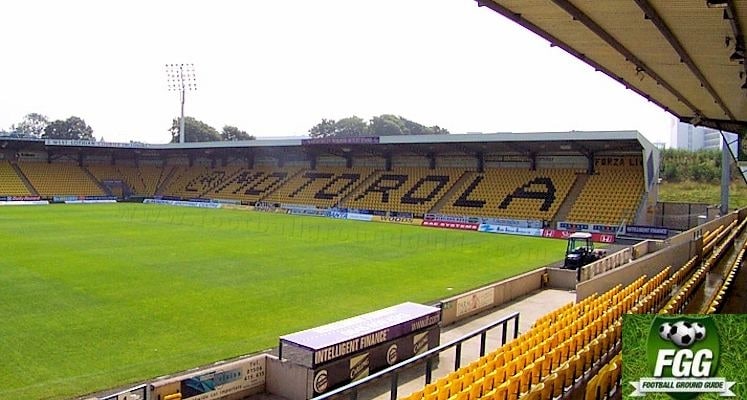 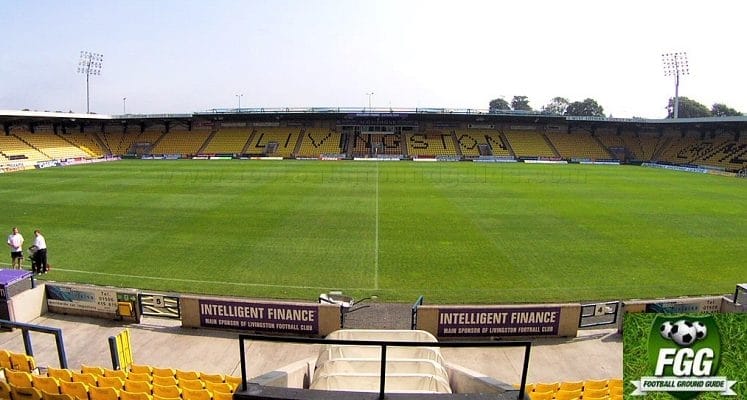 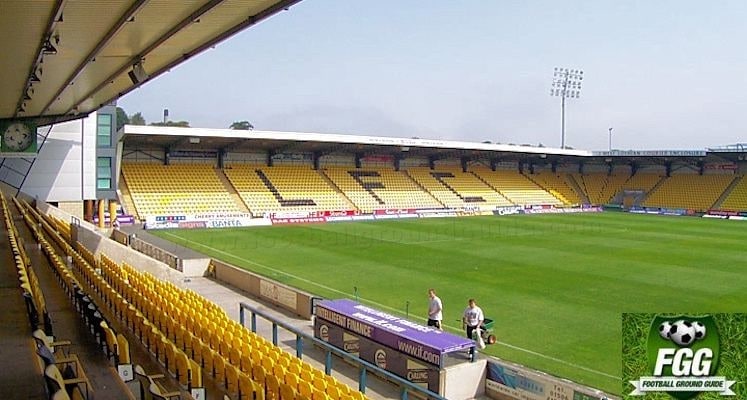 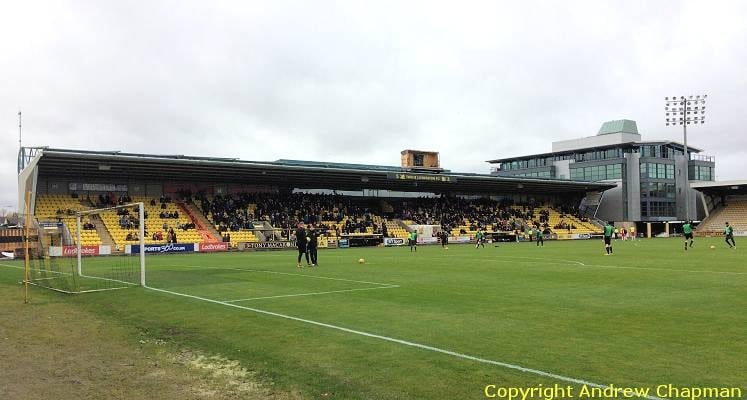 The stadium is compact but tidy looking. All four stands are of roughly the same height, are single tiered, covered and all-seated. The West (Main) Stand on one side of the ground, has the team dugouts located in front of it and small players tunnel at its centre. Filling the North West corner, the ground is overlooked by a fair sized office block, that also houses a business centre. Whilst on the other side of the West Stand is the only open corner at the stadium, as the rest is enclosed. There is a television gantry housed at the back of the East Stand. The stadium has an interesting set of four large floodlights.

George Hobb a visiting Hearts supporter adds, 'The club grew from the ashes of the former Meadowbank Thistle who played in Edinburgh until in a move similar to NFL franchises, it was moved lock stock and barrel to Livingston. Efforts to retain the name were in vain as the major players saw this as an opportunity to get the town on Scotland’s soccer map.' In the Summer of 2018, a new artificial 3G pitch was installed at the stadium replacing the grass surface.

For many years the stadium was named Almondvale, but in September 2016, it was renamed the Tony Macaroni Arena in a corporate sponsorship deal. In case you are wondering then Tony Macaroni is the name of a chain of Italian restaurants in Scotland.

Away fans are located in the North Stand and the North East corner of the ground. Up to 4,000 fans can be accommodated in this area. Livingston are a family orientated club and hence you are likely to have an enjoyable and relaxing day out. There is also a small band of drummers and trumpeters in the Livingston crowd who try to raise the atmosphere throughout the game, with a number of well known tunes. Aidan Hegarty a visiting Dundee United supporter adds; 'visitors should be aware that the club operates a zero tolerance policy towards foul or abusive language, so try to be on your best behaviour'.

At the ground itself located behind the South Stand is the  Almondvale Suite, which normally admits visiting supporters. George Hobbs informs me, 'The Lime Kiln pub located near to the stadium on Almondvale Boulevard, was quite popular on my last visit'. This pub which is part of the 'Hungry Horse' chain also derives meals. Whilst up at the nearby Livingston Designer Outler retail park, there is a Wetherspoons pub, called the Newyearfield. However no football colours are allowed to be displayed inside the pub. Further on inside the Almondvale Shopping Centre is a pub called the Paraffin Lamp.

Livingston is situated approximately 18 miles west of Edinburgh and easily accessible from the M8 motorway. The stadium is fairly well signposted around the town. The following directions from the M8 are not necessarily the quickest, but they are fairly straightforward to follow.

Leave the M8 at Junction 3 and take the A899 towards Livingston. Leave the this road when you reach the large roundabout that is the junction with the A71 (Bankton Road). Turn right onto the A71 and at the next island turn right into Alderstone Road (sign posted town centre). Go straight across three roundabouts and then turn right at the second set of traffic lights and into the stadium approach road. There is a fair sized car park at the stadium which costs £5.

Exit Livingston North Railway Station and walk up to the main road that goes over the railway bridge. Turn right along this road (Deans North) heading downhill towards the town centre. On reaching the large Eliburn North Roundabout continue heading towards the town centre along Alderstone Road. You can walk by the main road or take the more pleasant network of paths. You want the Alderstone Path, following directions for St John's Hospital, Howden and Town Centre. When you reach the hospital, you’ll see the first signposts for the ground, further downhill along the main road and then on the left. The walk takes 30 minutes. Thanks to Andy Little a visiting Partick Thistle supporter for providing the directions.

Find and Book Hotels In Livingston and Edinburgh

Concessions apply to Over 65's and Under 18's and Students with valid ID.

The Club no longer produces a paper matchday programme. Instead, an electronic version can be downloaded from the Livingston FC website.

With being a relatively new club, local rivalries have yet to be firmly established. However, if the club maintains its current growth, then the Edinburgh clubs may be the focus of rivalry.

Livingston Hotels - Find and Book Yours And Help Support This Website

If you require hotel accommodation in Livingston or Edinburgh then first try a hotel booking service provided by Booking.com. They offer all types of accommodation to suit all tastes and pockets from; Budget Hotels, Traditional Bed & Breakfast establishments to Five Star Hotels and Serviced Apartments. Plus their booking system is straightforward and easy to use. Yes this site will earn a small commission if you book through them, but it will help towards the running costs of keeping this Guide going.

Map Showing The Location Of The Tony Macaroni Arena In Livingston

Special thanks to Andrew Chapman for providing the photo of East Stand at Almondvale Livingston. 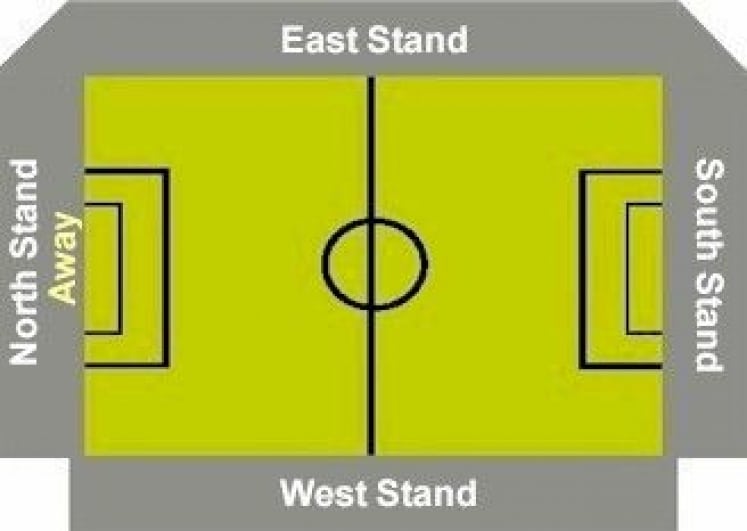