Abandoned football grounds: Before and after

When you consider the outrage that something like Mike Ashley selling the rights to St James' Park generated in Newcastle it is hard to believe that some clubs have completely abandoned stadiums. Here we look at some of the most impressive derelict football grounds.

We kick off our look at abandoned football grounds with one that is no longer standing after its demolition in 2014. Estadio Lluis Sitjar was first opened after World War 2 in 1945 playing host to RCD Mallorca from the off. It remained their home ground for over half a century before they moved out in 1999. Their B side did continue to use the four stand stadium for a further eight years but it then stood an isolated figure for seven years.

The stadium, which was an open topped bowl-like design, boasted three single tier stands and one double stand behind the two dugouts. Unfortunately, with its location amongst high rise buildings in Palma, it was only a matter of time before the 18,000 capacity stadium had to be taken down.

Bezigrad Stadium might have opened in 1935 but it had actually been in the works for more than a decade prior to that. The 10,000 capacity ground didn't see much footballing action for the first 10 years but then NK Olimpija Ljubljana moved in; they called the stadium home for 60 years bringing numerous pieces of silverware and Champions League ties to the area.

The circular stadium, which had shallow concrete seats with one small grandstand located behind a goal, saw a few other teams play regular games too. NK Factor and NK Bazigrad each spent a couple of years there between 2004 and 2007 with the Slovenian national side even playing their games at the now overgrown stadia for nine years until 2004. After standing empty for 14 years, it is now just another name in the list of derelict football grounds.

Like the other Spanish stadium on this list, Estadio Lluis Sitjar, Estadio Insular was also constructed in the mid-forties for a team based away from the mainland. The occupants were UD Las Palmas and they remained there through to 2001 where they were regularly cheered on by 21,000 fans sat amongst blocks of yellow and blue seats.

A new stadium was built on the island of Gran Canaria – the creatively named Estadio Gran Canaria – upping the attendance by over 11,000. That was in 2003 with Las Palmas promptly moving in. Estadio Insular remained in all its glory for 11 years but come 2014 it was part demolished. Some of the stadium, however, remains standing to this day forming part of a park. As for the new stadium, the average attendances on offer as Las Palmas games leave it looking half empty.

The Avanhard Stadium might not be the biggest of the stadiums on this list of derelict football grounds but it does carry one very unique trait; it never actually hosted a football match. The circa 22,000 capacity stadium was built entirely with football at its heart with FC Stroitel Pripyat the intended tenants. The stadium was built throughout the seventies with the intention that Stroitel would move in from their much smaller, local ground.

Why wasn't the stadium ever used? The Chernobyl disaster struck just a few miles away and rendered the arena useless. It remains standing today but it doesn't much resemble a football stadium with nature slowly tearing its way through the stands. What might have been, hey?

Next up on our list of abandoned football grounds is the only English arena to feature; the Invicta Ground. It was home to the side we now know as Arsenal in their very early days during the late 19th century. At that time, Arsenal were a start-up club with a minimal following but their group of supporters grew quickly. The Invicta Ground held up to 12,00 fans though so it should have been more than adequate – at least to begin with.

Fast forward a few years and the Gunners had decided to walk away from their Plumstead home; the reason for this was essentially a greedy landlord (who'd have thought greed had been in football so long). By 1894, nobody wanted to use the stadium and Invicta Ground was torn down. It does, however, still remain in part with several houses in the area finding stadium features – in the form of concrete terraces – in their gardens. 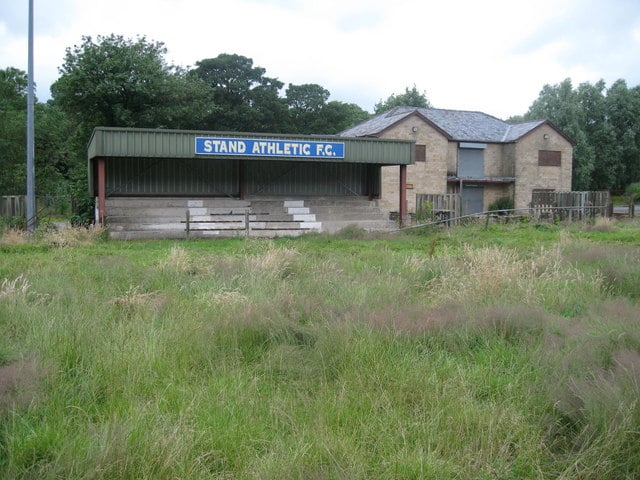 The last of the derelict football grounds we want to look at is the Stadion Za Luzankami, which is situated in the Czech Republic. In its 48 years as a fit for purpose stadium only one side – FC Zbrojovka Brno – played their home matches inside the walls of the 50,000 seater stadium. A year after the millennium, in 2001, they were forced to relocate due to new legislation laid out by FIFA that made Stadion Za Luzankami unfit for the requirements of the game.

The team had intended to make changes to their home before returning but having plans and paying for plans were two things that never lined up for the club. The stadium became a shadow of its former self with perhaps the biggest sign of its decline the fact homeless people sought refuge inside the shell. Former Czech under 21 international Petr Svencara, who made 151 appearances for Brno, took it upon himself to brighten up the diminishing stadium and it now plays host to their youth team – proof that the end isn't always what it seems.

There you have it, the most incredible abandoned football grounds in the world.

FootballGroundGuide » News » Abandoned football grounds: Before and after