Al Mokawloon hosts Al Ahly this weekend on Saturday 30th July 2022. The Round 21 fixture in the Egypt Premier League will be the 27th game of the season for Al Mokawloon and 26th for the visitors. Read this preview for details that include our best free predictions for the match.

In the last 20 encounters, Al Ahly dominated this matchup with 16 wins. On the other hand, Al Mokawloon had only 2 wins during that time and only one draw was recorded during that time. Does it mean the chances of a draw are low in this second encounter of the years 2022? Here is how we expect the teams to fare on matchday:

Al Ahly should cruise to a win in this game. However, the win will be a narrow one given that Al Mokawloon has had some strong defensive display lately. The hosts have not leaked more than a goal in any of their 7 league games. The visitors won 16, drew once and lost only thrice in previous encounters with Al Mokawloon.

We have predicted a narrow win for Al Ahly and also stated that will be the case because the hosts have not leaked more than a goal in any of their last 7 league matches. It will be a tough contest and fewer than 3 goals are expected.

Goals unlikely on both sides

Last prediction for Al Mokawloon vs Al Ahly is goals on only one side of the pitch. The result that will mostly be determined by defensive approaches we expect in the duel, especially from Al Mokawloon. Three out of the last five duels had fewer than 3 goals.

With only one draw recorded in this matchup from the last 20 encounters, it would make sense to argue that such an outcome is unlikely in this upcoming Egypt Premier League meeting between Al Mokawloon and Al Ahly. Read the team previews below for more.

Al Mokawloon will fight to go above the relegation zone. The hosts are ranked 16 and need 2 points to edge out El Gouna from 15th spot. However, a poor home run is something to worry about for the hosts. They are also the third-worst team in home performance and with one win, one draw and two losses in the last four premier league games, Al Mokawloon will have to do more to win the game. They scored two and leaked four goals in the last four games.

Al Ahly is 3rd overall and 12 points above 4th placed Future FC. However, to catch up with second-placed Pyramids FC, Al Ahly needs to close a 5-point gap. That means they must win their next two games. As the third-best away team, there is hope the visitors can build on their previous dominance over Al Mokawloon to bag a win in this trip.

The following top UK Sportsbooks have the best odds for the Egypt Premier fixture, Al Mokawloon vs Al Ahly. Also, see other tables for the latest team stats and H2H data. 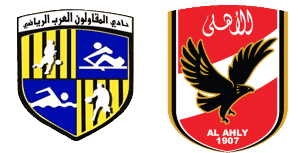 Which team will host this game?

Al Mokawloon will be the hosts in this duel.

What time will the Egypt Premier League match kick off?

What was the score in the last encounter?

The last meeting ended in a 1-1 stalemate, a cup fixture that took place in January this year.