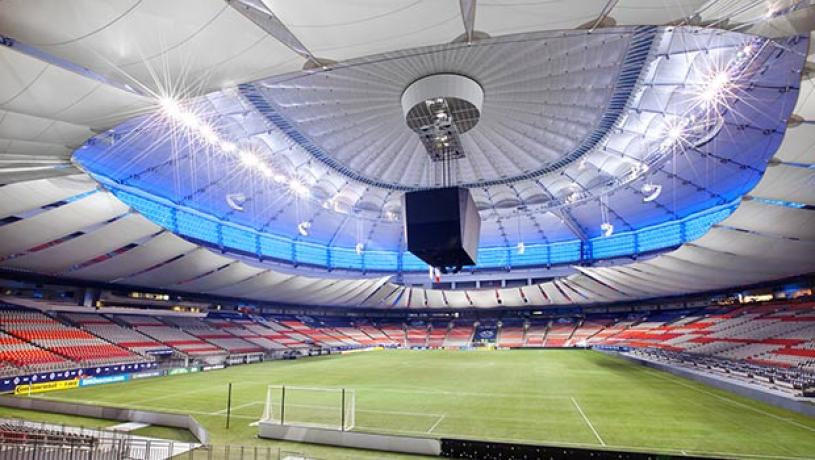 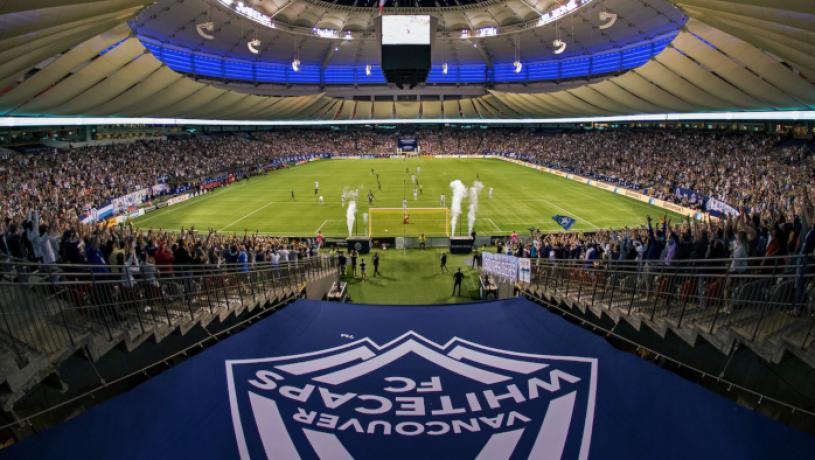 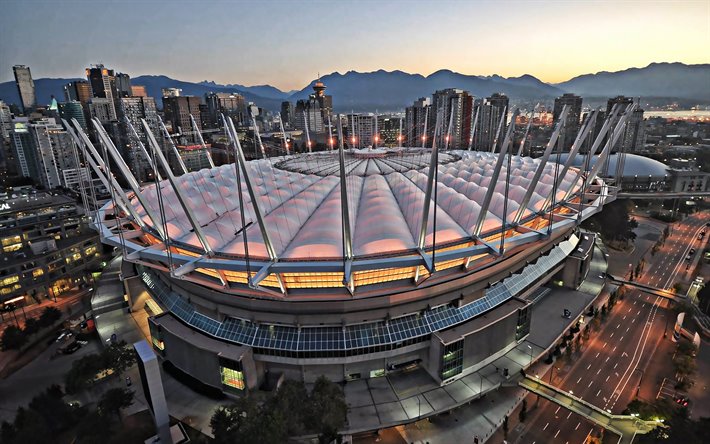 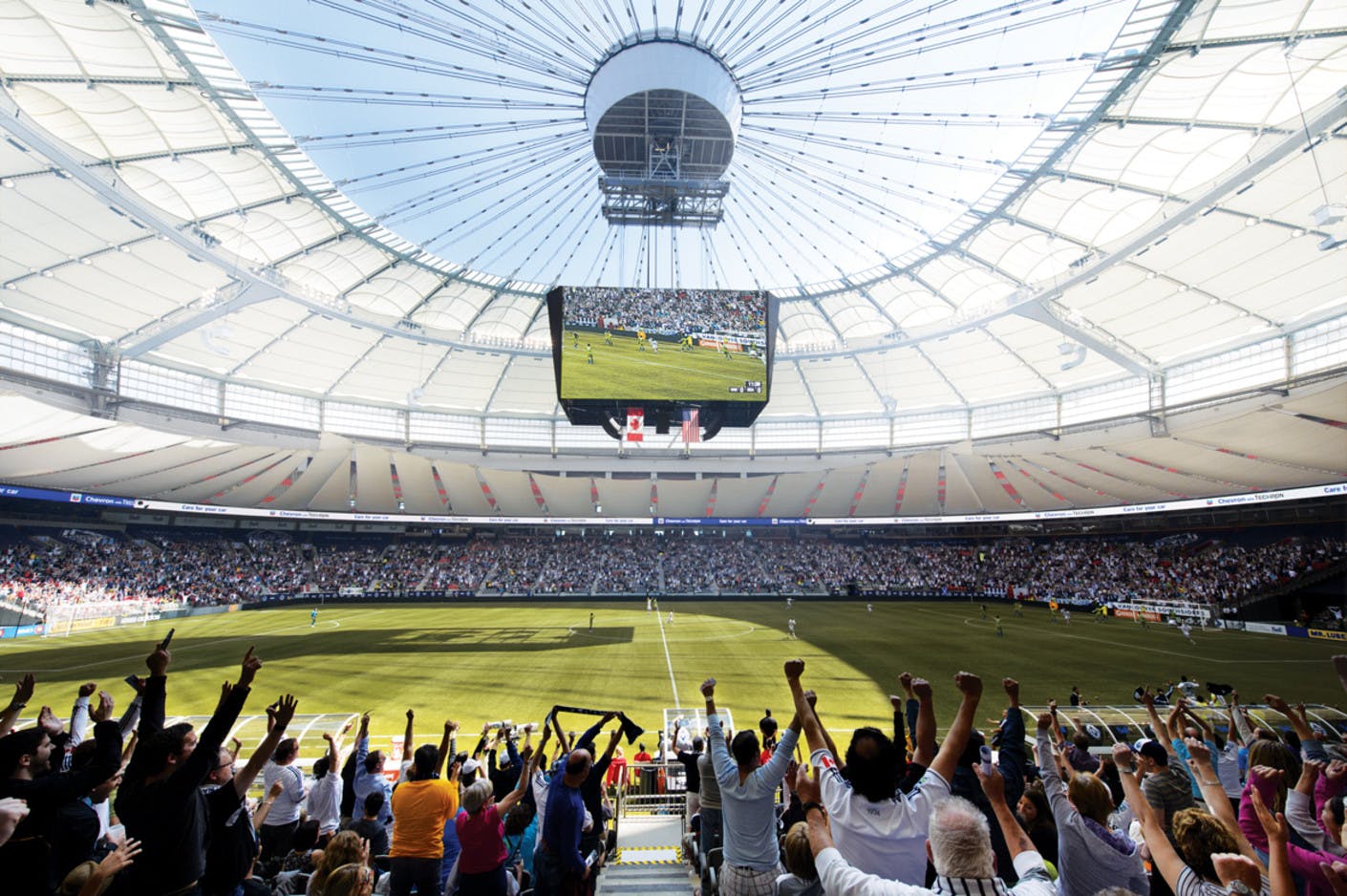 BC Place is a multi-purpose stadium in Vancouver, British Columbia. It opened in June 1983, with its air-supported roof the largest of its kind upon opening, and is the home of Major League Soccer club Vancouver Whitecaps FC. It also plays host to Canadian Football League club BC Lions, having also served as the main venue for the 2010 Winter Olympics and 2010 Paralympics. It was also a venue for the 2012 CONCACAF Women’s Olympic Qualifying Tournament, and the Women’s World Cup three years later. BC Place has hosted the Canadian Football League’s championship game – the Gray Cup – on nine occasions. It was also the home of World Basketball League club Vancouver Nighthawks, and was the venue for Soccer Bowl ’83.

t was announced in May 2008 that over $150m in major renovations would be carried out on the stadium. Seating, luxury suites and the reinforcement of the existing ring beam at the top of the stadium all underwent renovations, thus completing the first phase of redevelopment in time for the 2010 Winter Olympics.

The stadium was once again updated after the 2010 Winter Olympics for phase two, closing for 16 months as the inflatable roof was replaced by a retractable roof supported by cables, with the new roof the largest of its type. A new artificial turf developed by Polytan was also installed, costing $1.2m, and designed to achieve the highest possible FIFA certification of 2-stars.

The Vancouver Southsiders are the most renowned supporters’ group of the club, having been around since 1999, when fans of the Vancouver 86ers began gathering in the beer garden behind the goal at the Swangard Stadium. The pitch-level bar was located at the south end of the venue, which was home to the club during their time in the Canadian Soccer League.

Another well-known group is the Curva Collective, who along with the Vancouver Southsiders can be found in section 253 and all of section 254 in BC Place on matchday.

Several other supporters’ groups have been formed over the years, including Rain City Brigade, who were established by a group of friends in 2010. The Prawnsiders meanwhile have existed since the club’s time at Swangard Stadium, but were officially recognised in 2011. Formed in 2019, South Sisters is a group of supporters who identify as female, LGBTQ2+, or allies, while Couch Ultras were formed in 2017 by a group who supported the club from their couches. The club’s official mascot is Spike, a belted kingfisher, with the bird common to the Vancouver area.

Season tickets for the 2021 MLS season are now available, and can be found alongside group and premium offers here.

Bus: All suburban services connect with Downtown Vancouver’s #15 and #17 buses, which provide the closest drop-off services to BC Place.

Parking: Parking is available in a wide range of locations surrounding the stadium. Prices range from $10 to $30, while there is a dedicated accessible drop-off located at street level on Pacific Boulevard under Gate F for guests using mobility devices.

There are several hotels available in this busy area. Three of those are just steps away from BC Place; Sandman Hotel Vancouver City Centre, whose pieces start at around $97 per night, Hampton Inn & Suites by Hilton Vancouver-Downtown at $108, and Hotel BLU Vancouver at $119.

Be the first to leave a review of Vancouver Whitecaps FC!