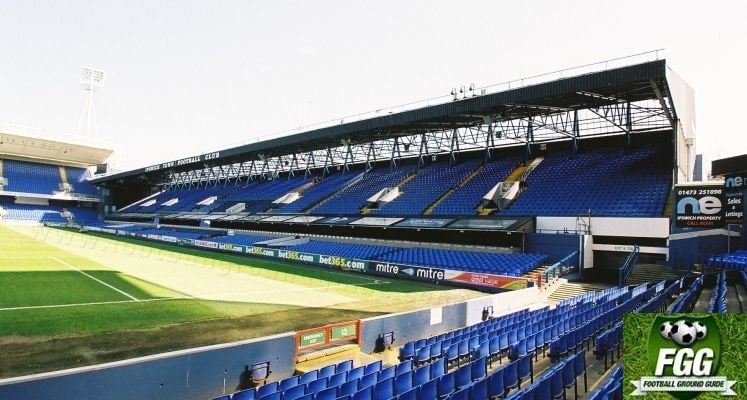 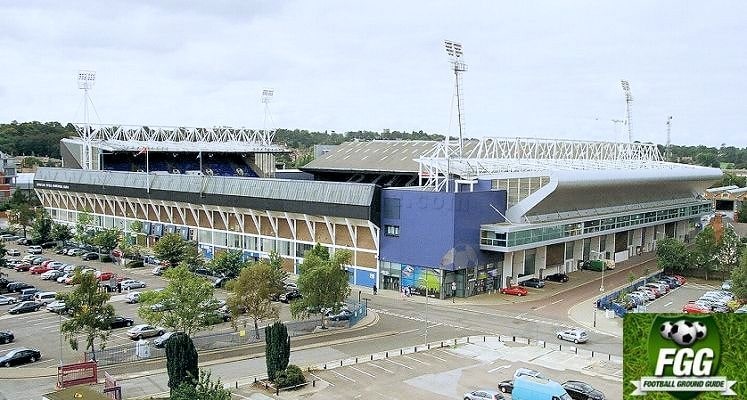 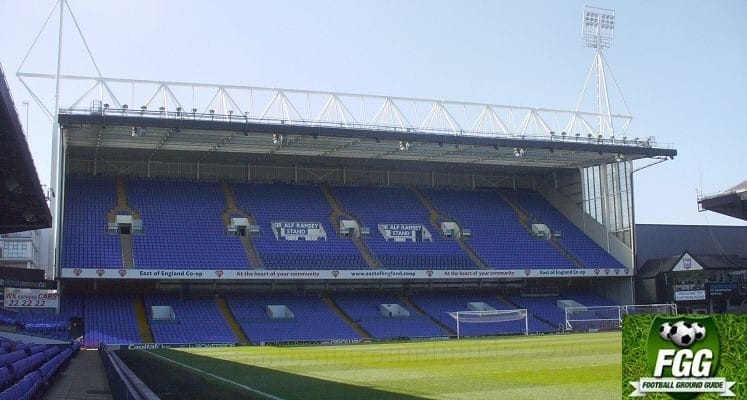 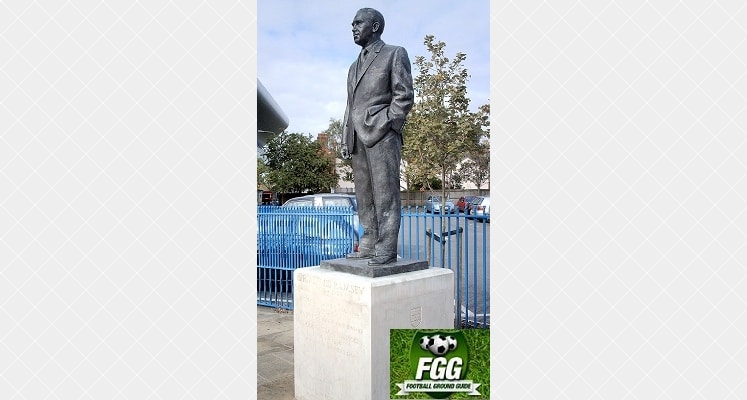 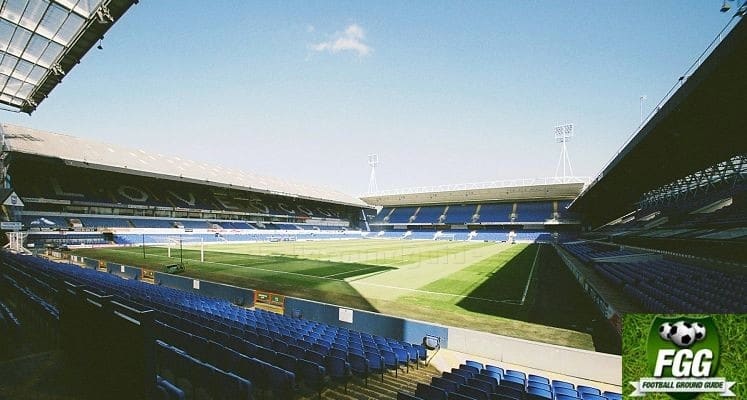 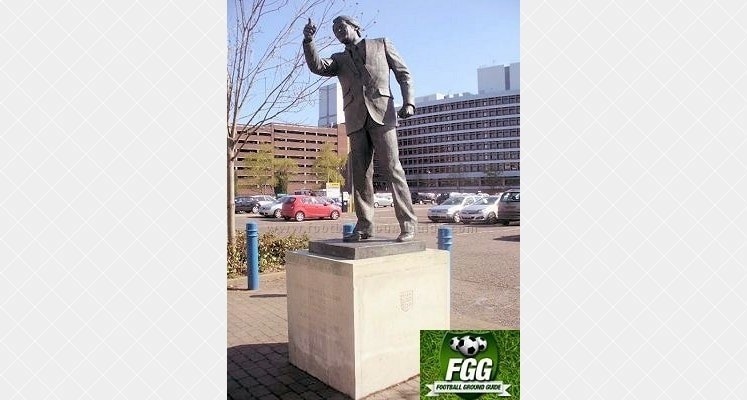 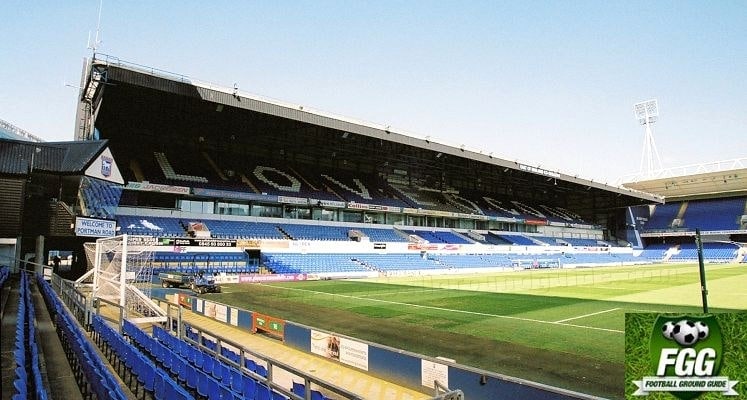 The overall look of the ground has greatly improved, with the re-development of both ends. Both these ends, the Sir Alf Ramsey Stand and the Sir Bobby Robson Stand, are similar in appearance and size and dwarf the smaller older stands, located on each side of the ground. Unusually, both ends have a larger upper tier which overhangs slightly the smaller lower tier. Both have windshields to either side of the upper tier and they are completed, with some spectacular floodlights perched on their roofs. They were both fully opened a year apart in 2001 & 2002.

Both sides are much older stands and now look quite tired in comparison. On one side, the fair sized East of England Co-operative Stand Stand is a three-tiered covered stand, with a row of executive boxes running across its middle. This stand was originally opened in 1957 and was then known as the West Stand. In 1984 an additional tier was added along with a new roof. Opposite is the smaller Cobbold Stand. Again it is two tiered and has a row of executive boxes. However, it is only partly covered, with the small lower tier of seating being open to the elements. This stand which was first opened in 1971 and was originally called the Portman Stand. It was later renamed the Cobbold Stand in respect of the Cobbold family who were former owners of the club and old Suffolk brewers Tolly-Cobbold. Unusually the teams emerge onto the field from one corner of the ground between the Sir Alf Ramsey and East of England Co-op Stands. Outside are two statues of two former Ipswich and England managers. One is of World Cup winner Sir Alf Ramsey and is located on the corner between the Cobbold and Sir Bobby Robson Stand, while Sir Bobby Robson's statue is placed behind the Cobbold stand in Portman Road.

The Club would at some point like to re-develop the Cobbold Stand and boost the capacity of the ground to 40,000. However this is unlikely to happen unless the Club established itself once again as a Premier League Club.

Away fans are placed on one side of the upper tier of the Cobbold Stand at one side of the pitch, where up to 1,900 away supporters can be accommodated. Turnstiles open 90 minutes before kick off and fans are searched on entry (please note that bags larger than 40 x 40 x 10cms are not allowed). Generally, the views from the Cobbold Stand are generally fine. However at the very back of the stand, there are some supporting pillars and the roof dips quite sharply restricting your view of the other sides of the stadium, but not the pitch. The leg room is rather cramped and as with the rest of the stand, the facilities are beginning to show their age. On the plus side, away fans can really make some noise from this area, contributing to a good atmosphere. Stewarding was fairly strict, with fans at the front of the upper tier, were being asked to keep seated (whilst those at the back were allowed to stand) and on my last visit a few fans were ejected for smoking (okay they should have known better, but a warning first would have been fairer in my book). The stand also has one of the poshest gents toilets that I have visited at a football ground (this was one of the two toilet blocks on the upper concourse). They wouldn’t have looked out of place at a hotel.

I have always found this to be a friendly place and pleasurable day out, even though I've never seen my team win there! I even on one occasion got accosted by some Ipswich fans, whilst coming out of the railway station and ended up accompanying them on a pub crawl before the game. Overall Portman Road is a good day out.

The main away supporters pub is the Riverside (Station) Hotel, which as the name suggests, backs onto a river and is located close to the railway station which is only a five minute walk away from Portman Road. Otherwise, the Punch & Judy pub on Cardinal Park, which is close to the ground has also been recommended to me as a pub which is family orientated and where both sets of fans can enjoy a drink.

If you arrive in good time then you can take the walk into the town centre where there are plenty of pubs to be found. Of particular note is the Lord Nelson in Fore Street, which is an interesting pub that sells Adnams beers. Also, there is the Dove Street Inn on St Helens Street which is listed in the CAMRA Good Beer Guide which has up to 20 real ales and ciders on tap.

Liam Burgess adds; 'The waterfront area has recently been re-developed and has a number of bars and restaurants. This is visible from the train station and is a 10 minute walk from the ground. The Isaac Lord on the quay is a local favourite and serves various real ales. Directions from the railway station: walk straight over the bridge as you come out of the station, turn right at the Royal Mail sorting office and literally walk in a straight line for five minutes or so going past Cardinal Park to reach the Waterfront area.

Otherwise alcohol is on sale inside the ground. Please note though that alcohol is not available to away fans at half time.

Follow the A14 around Ipswich from which the ground is well signposted. The official route takes you from the A14 onto the A1214 into Ipswich. I though prefer to leave at the next junction and take the A137. Stay straight on this road straight into Ipswich and as you cross the bridge over the river, stay in the left-hand lane (marked town centre). Once over the river turn left at the roundabout (signposted Colchester/Bury St Edmunds) passing the Punch & Judy pub on your right.  Continue along this road as it bends to the left into Commercial Road, you should be able to see the Portman Road floodlights over to your right. Move into the right-hand filter lane (marked town centre) and continue to follow the road around to the right. As you reach Fitness First/Staples move over to the left-hand lane and at the traffic lights turn left into Princes Road. Take the next left into Portman Road itself for the ground.

As the Portman Road ground is located near to the town centre there is very little free street parking. Along Portman Road, there are three Pay & Display car parks which cost £4 for four hours on Saturdays. For evening games it is less as these car parks cost only £1 after 3 pm. On my last visit, I parked in one of these car parks and was pleasantly surprised at the end of the game that it didn’t take too long to getaway. There are a number of other car parks located in the town centre which are signposted, plus there is an NCP multi-storey car park located right next to Ipswich Railway Station, which costs £2.70 on both Saturday afternoons and weekday evenings. Also nearby on West End Road is a large open 'pay and display' car park which costs £4 for four hours or again just £1 on weekday evenings. David Johnson adds; 'A reasonable alternative to parking in the centre of town and avoiding a slow exit, is to use one of the Park and Rides, in our case the London Road Park & Ride (just off the A14/A12 junction).  The cost on a Saturday was only £2.50 and the bus drops you off a five-minute walk from the ground.  Some Ipswich fans also use this method so it is easy to know when to get off'. There is also the option of renting a private driveway near Portman Road via YourParkingSpace.co.uk.

Portman Road is only a quarter of a mile away from Ipswich Railway Station and is only a five minute walk away. You will see the Portman Road floodlights in the distance as your train comes into the station. Ipswich is served by trains from London Liverpool Street and Peterborough.

Please note that Under 5's are not allowed in the stadium lower tiers.

Ipswich Hotels - Find and Book Yours And Help Support This Website

If you require hotel accommodation in Ipswich then first try a hotel booking service provided by Booking.com. They offer all types of accommodation to suit all tastes and pockets from; Budget Hotels, Traditional Bed & Breakfast establishments to Five Star Hotels and Serviced Apartments. Plus their booking system is straightforward and easy to use. Yes this site will earn a small commission if you book through them, but it will help towards the running costs of keeping this Guide going.