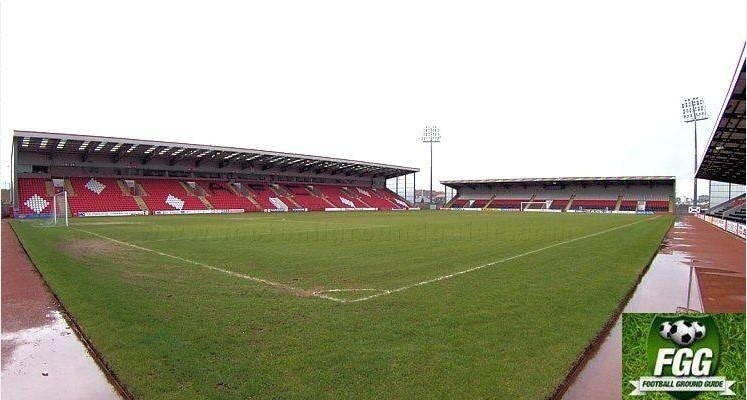 The Excelsior Stadium is a smart looking all seated ground comprising four separate, single tiered, covered stands. The Jack Dalziel Stand (named after a former Airdrieonians Chairman) at one side of the pitch, is the largest of the four stands. Impressive looking, it has a row of executive boxes running across the back. The other three stands are of an equal height which gives the ground a balanced look. The corners of the ground are open apart from the tall floodlights. The Club plays on an artificial 3G pitch.

The modern ground is certainly an excellent one and the facilities available are not bad. However, the atmosphere generated within the ground can be quite lacking at times. For most games the ground is only a quarter full and just a couple of stands (and for some games only one stand) are open. It would be great to return to this ground to see a game in front of a full house, as that would then do it justice.

Away fans are normally located in the East Stand at one side of the pitch. Dependant on away numbers, you may find only the portion of the West Stand allocated (this stand is shared with home supporters) or just the East Stand, or both. In the event that the Club were to draw one of the Old Firm sides, then the Club would give their maximum allocation of away seats (6,500), comprising all the stadium apart from the West Stand.

There is a supporters bar at the ground, within the Jack Dalziel Stand. Otherwise as John McCleod informs me; 'the nearest pub is the Albert Bar on Clark Street, which is a good ten minutes walk away from the Excelsior Stadium'.

Leave the M8 at Junction 6, the Newhouse Junction and take the A73 towards Cumbernauld. After two miles turn right into Petersburn Road (B8058) and you will see the ground over on the left. There is a fair sized car park at the ground, which costs £2. Away fans have their own entrance to the car park, which is signposted on approaching the ground. Chris Cobb adds 'allow extra time for your journey as the access roads around Airdrie do tend to get quite clogged up'.

The closest railway station to the ground is Drumgelloch which is just over a mile away, whilst Airdrie station is a around 1.5.miles away. Both stations are served by Glasgow Queen Street and Edinburgh.

From Drumgelloch station, proceed up to the top of the station car park and exit in the top left corner. A minor road leads to Forrest Street. Turn left and go straight along Forrest Street until you reach another roundabout which is the junction with the A73. Turn left onto the A73 Carlisle Road and the ground is down this road on the left.

Map Showing The Location Of The Excelsior Stadium In Airdrie 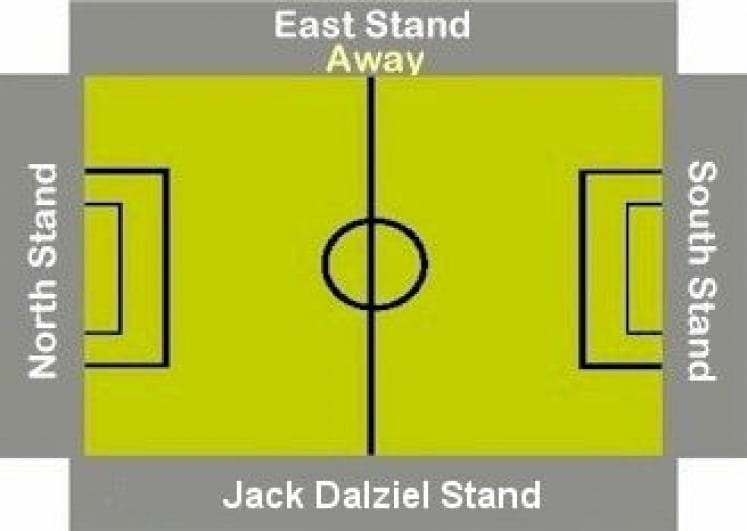