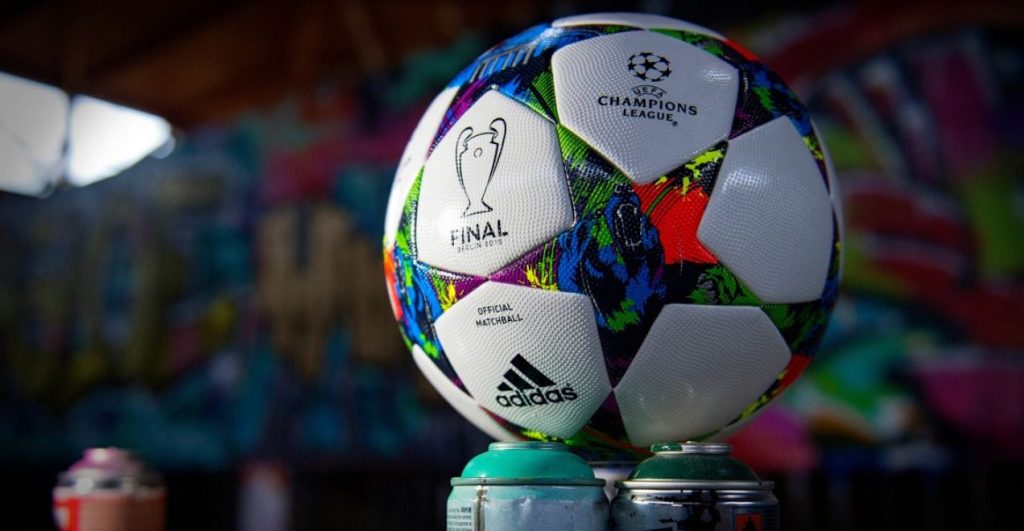 As the largest club tournament in Europe, and indeed the world, the Champions League has seen its fair share of classics over the years. And of course, none of this would have been possible without certain Champions League stadiums being used to host such intense football games. While we all appreciate the quality of the teams, players, and subsequent football that the final of this competition has shown in the past, the stadiums don’t always receive the recognition that they deserve – until now that is.

This is precisely why we figured it would be appropriate to take a look back at the Champions League final stadiums from the last 10 years, and reminisce over the games that were played at these stadiums too. So, we will get the ball rolling with the most recent final, and work our way back through the last decade! We have a feeling that you will have some fond memories over some of the games and stadiums we’ll be talking about, so let’s dive right in.

As it happens, this isn’t the first time in the last decade that the Estadio da Luz has been used for the Champions League final. While this stadium hosted the 2019/2020 Champions League final between Bayern Munich and PSG, it also hosted the final between Atletico Madrid and Real Madrid in the 2013/2014 competition. The stadium itself is pretty well equipped for an event of this magnitude too, which is probably why it has been picked twice. Having been built in 2003 for the grand total of €162 million, it’s a stadium that is quite a spectacle, and it supports almost 65,000 spectators at full capacity.

With that said, the two finals that this stadium witnessed in the last 10 years have been quite different. In the 2013/2014 final, Real Madrid destroyed Atletico Madrid by 4-1, despite the fact that the game actually went to overtime. This was obviously a game full of excitement, and it was played in front of around 61,000 fans. Fast-forward to the final of 2019/2020 however, the game was played in front of zero fans, for obvious reasons. Then again, this didn’t take away from the fact that the game was super intense, with Bayern Munich ultimately emerging as the winners with a narrow 1-0 victory over PSG.

The cool thing about this one is that the 2018/2019 final was the one and only time in the last 10 years that two English teams played for the trophy. Of course, this game was played between Tottenham and Liverpool, with 63,000+ spectators in attendance for this one at the Metropolitano Stadium. This was magnificent for Liverpool fans as their previous Champions League trophy was almost 15 years ago, but naturally, it was devastating for Tottenham fans.

Although this final consisted of two English teams, the stadium is actually the home of Atletico Madrid. And in our opinion, out of the several Champions League final stadiums we’ve mentioned here, this one has one of the best atmospheres when the capacity reaches almost 100%. This stadium has a rather unique history too, as it was completely closed from 2004 to 2017, before being renovated for the cost of around €240 million. It would seem that the renovations caught the attention of the right people too, as it hosted this magnificent spectacle just two years later.

Ukraine has had its fair share of turbulence over the years, although for the 2017/2018 final, the NSC Olimpiyskiy Stadium was selected to host the Champions League final. While the stadium allows for a maximum capacity of just over 70,000 these days, it actually supported over 100,000 fans back in 1977 when Bayern Munich played Dynamo Kyiv. This is the one and only time that a stadium in Ukraine had been chosen for a Champions League final – ever! So as you can imagine, this was a pretty big deal, and the game lived up the hype too.

In this one, Real Madrid managed to dispatch Liverpool by a score of 3-1. Of course, this was the infamous game where Ramos took the in-form Mo Salah out of the game by dragging him to the ground by the shoulder. Intentional or not, this has been a huge topic of discussion ever since the game, and it’s definitely one of the most-talked-about Champions League moments of the last decade.

Depending on which team you were rooting for in the 2016/2017 final, you would have felt absolute ecstasy or despair following the conclusion of this one. If you are a Real Madrid fan, you’d have truly been on top of the world following the first successful title defence since 1990. However, if you are a Juventus fan, with it being the 5th Champions League final (in a row) that the team had lost, things were looking pretty bleak. When Real Madrid hammered Juventus at the Millenium Stadium by a score of 4-1, this secured the 12th Champions League title for the club – not bad, right?

While Madzukic did score one of the best goals in a Champions League final in modern history, it still wasn’t enough to knock the Champions off their game. And concerning the stadium, it was the perfect fit for this game. The stadium saw more than 65,000 pour through the doors for this game, and since it was the very first time that a final was played with a closed roof, it made things extra special.

During the 2015/2016 final, we witnessed the start of a historic Real Madrid run, although we didn’t know it at the time. When Real Madrid managed to wriggle past Atletico Madrid at the San Siro Stadium, the stage was set for the ongoing hat-trick that the club managed to achieve in the Champions League. And we must say, out of all of the finals played in the last 10 years, this was probably the one filled with the most drama. Not only were the teams from the same city, but there was so much tension between the players and managers that you just couldn’t take your eyes off it.

Of course, Real Madrid won by 5-3 on penalties, and with almost 72,000 fans in attendance, we can only imagine the nerves when taking those final shots. With that said, it must have been magical at the same time, to win at one of the biggest football stadiums in the whole of Europe!

Once again, apologies if you are a Juventus fan, but the team was sadly outclassed once more in the 2014/2015 final, losing to Barcelona by 3-1. This game was played at a nice neutral venue at the Olympiastadion, and the fans did seem to be split rather evenly too. Thanks to Morata, Suarez, and Neymar, Barcelona managed to ultimately destroy the Italian squad with fierce and skilful play. All of this was done in front of 70,000+ spectators too, making it one of the best-attended finals over the last 10 years.

We must say, the Olympiastadion was definitely a great pick over the other Champions League final stadiums that could have hosted the game. This was backed up by the noise of the fans, the quality of the pitch, and the general organization of the event too. It was just magnificent, and we wouldn’t be surprised if the stadium is picked to host such an event in the future.

Since the 2013/2014 was played at the Estadio da Luz (highlighted above), we will skip a year and jump to the 2012/2013 final now. This time, we had a different rivalry of two teams from the same nation – Bayern Munich and Borussia Dortmund. Of course, when you get two rivalries from the same country it always makes for a special game, and this one lived up to expectations. It wasn’t a super high scoring game, as Bayern ultimately won the game 2-1, but it was full of flair and drama. What better setting than Wembley to see such a spectacle too?

Not only was the game one of the top finals for the drama that we’ve seen, but the attendance was also the second-largest in the last decade for a Champions League final – more than 86,000! Of course, many German football fans made the trip to watch the game, and we’d say that it was definitely worth it! On the subject of record attendances, the 2010/2011 final actually saw the highest attendance of all time, with more than 87,000 piling in to watch Barcelona beat Manchester United by a score of 3-1.

As it happens, this was the only final in the last decade where one team actually had the chance to play at their home stadium. During the 2011/2012 final, Bayern Munich made the final and received the honour of playing in front of home fans at the Allianz Stadium. In this contest, Bayern Munich played the in-form Chelsea, and while the game went right down to the wire, with penalties needed to find a winner, Chelsea ultimately won the game. The Allianz Arena recorded 62,500 attendees for this game, which made the atmosphere absolutely electric, especially since there was a German team involved.

And when we look back at some of our favourite Champions league final moments, we cannot ignore Drogba’s chipped penalty during the shootout. Not only was this incredibly daring, but to have the courage and the audacity to do that in the first place was nothing short of legendary.

Since Wembley hosted the 2010/2011 final, we will run through a bonus game here, highlighting the 2009/2010 final between Inter Milan and Bayern Munich. This stadium has been entertaining football fans since 1947, and with it being the home of Real Madrid, it’s a stadium that is just perfect for a Champions League final. This game saw an impressive number of fans flock to the ground to watch the clash too, with more than 73,000 being the official count. As it happens, Inter Milan managed to beat Bayern Munich in this one by 2-0, which naturally boosted the already inflated ego of Jose Mourinho!

This is actually one of the reasons why we loved this final so much, however, as it was quite amazing to see Mourinho demonstrate his managerial abilities to achieve such success with Inter Milan. This was all done despite Bayern Munich being the overwhelming favourites.

Record for hosting most finals

Out of the various Champions League finals stadiums we’ve discussed here, there is one that really holds the title of the very best, and that Stadium is Wembley. Historically, this stadium has paved the way for the highest attendance figures for Champions League finals, and it has hosted the finals a grand total of 7 times! Then again, when you consider the size and stature of a stadium like Wembley, it’s hard for other stadiums in Europe to even compete, and we anticipate that Wembley will host many more finals in the future.

Club with the most Champions League titles

Surprise-surprise, the club with the most Champions League victories of all-time is Real Madrid. These guys have won the Champions League an incredible 13 times, with the nearest team being Inter Milan, who has just 7 in comparison. Perhaps more impressively, 4 of Madrid’s titles have come in the last decade too, largely thanks to the likes of Cristiano Ronaldo and others. However, since the last title came in 2018, you could say that Real Madrid is now on a drought of Champions League success by their standards!