Making changes to stadiums is always a risky game with long time supporters. That's especially true when the stadium you're adapting has been about for 125 years. Well, the Craven Cottage redevelopment is doing exactly that. Here we take a look at the history, the process and the future of Fulham football club.

Why change the existing Craven Cottage?

Fulham might have lost their Premier League status after their loss to Burnley the other night but longer term their ambitions are to win promotion – again – and stabilise in the top tier of English football. Beyond that, they'll be looking to grow their brand and off field image as all the top clubs now do. Those factors combined with the stadium's location on the River Thames in the capital city mean the stadium should pull people in. At the moment, it falls short of doing that with it very much a bog standard football stadium.

That's not all though. Craven Cottage is on the small side as elite stadiums go. Before the Craven Cottage redevelopment got underway, the stadium only held 25,678. Of the current Premier League sides, that capacity puts it at number 19 with only Burnley's Turf Moor smaller. In fact, there are several clubs limping along in League One with bigger stadiums. These are the grounds of Sunderland, MK Dons, Ipswich, Bolton and Charlton with Sheffield Wednesday due to join them next season. Given how long those clubs have struggled to compete at the top, it's almost unforgivable that Fulham lag behind in something as important as a stadium. At least they're now looking to right that wrong.

How long has the Craven Cottage redevelopment been planned?

Although the Riverside stand overhaul is a complex task owing to the close proximity of the river things have actually progressed at quite an alarming rate. Fulham owner, Shahid Khan, first announced the Craven Cottage redevelopment in May 2019. Works began that summer with opening planned for around 12 months time; that gives the rebuild a sub-three year turnaround, which isn't too shabby considering the unforeseen circumstances that have hampered the last 14 months.

One thing that nobody can dispute is Khan's commitment to getting the new stand erected. He first cited his ambition for the Riverside redevelopment back in 2013 and he's even had to pen a deal with the council confirming he will fund any work that may be needed to support the nearby river wall. 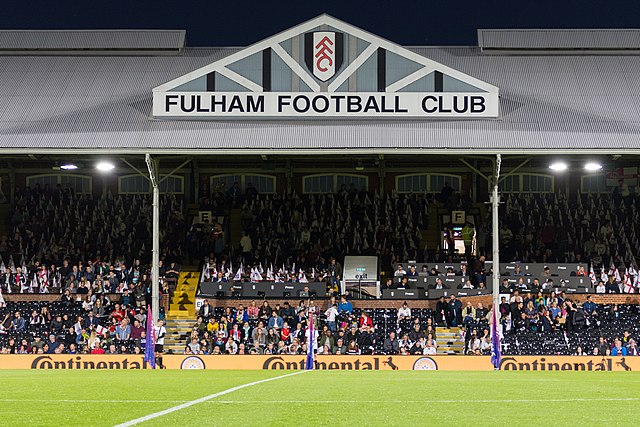 The obvious benefit of the new stand is the fact that it will increase the capacity by 3,900, which means there will be more bums on seats and a greater atmosphere at matches. In respect of the actual Riverside stand design, it will be made up of glass boxes supported by ‘V' shaped concrete columns and capped off with an incredibly eye catching roof that is double the depth of all the others; this should alos aid in sending crowd noise down towards the playing surface.

The project takes on a much larger scope than purely bringing in more noise and more matchday revenue though. Of course, there is no escaping the fact that the matchday experience will be greatly enhanced for attendees with a rooftop pool and restaurant perhaps the more out there additions. Beyond that though, the Craven Cottage redevelopment will also bring about positive changes for the area itself.

One of the key changes to the exterior of the stadium will be the introduction of a pedestrian walkway, which will be available to all. This will run alongside the River Thames and will present business opportunities to bars, cafes, a gym as well as general office space. It will go by the name of Fulham Pier.

How old is Craven Cottage?

What is the existing capacity of Craven Cottage?

Taking into consideration the limited seating caused by the Craven Cottage redevelopment it's 19,359. If you ignore that then the capacity is 25,700.

What will the capacity be after the Craven Cottage redevelopment?

The redevelopment at Craven Cottage will take the capacity to 29,600.

Who are the architects behind the recent works?

The architects behind the changes at Craven Cottage is Populous. They're a giant in the world of sports stadium design with the Tottenham Hotspur Stadium and Hard Rock Stadium (home to the Miami Dolphins of the NFL) just two examples of their work.

How much has the redevelopment cost?

The reported figure is £80m.

When did the redevelopment works begin?

The first shovel went in the ground during the summer of 2019.