Top stadium architects: Who are the most famous and renowned?

Designing a sports stadium isn’t a job for the faint-hearted. Why’s that? Well, stadium architects have to design and create a building that works in so many ways. You've got the local environment to worry about. Then it has to be able to facilitate the flow of thousands of fans in next to no time at all. Throw in the fact you have to provide catering facilities and an area for the media as well and you have a challenge on your hands. There are plenty of people who do this with ease though. Here we look at the best of the best.

Who are the best stadium architects?

We kick off our list with the Turkish firm Bahadir Kul. They are an architectural company that focuses on innovative, urban designs. With 18 years under their belts, they've been responsible for designing some of the most awe-inspiring stadiums in their homeland. What is their most notable work? Probably one of either the multi-purpose Konya Stadium, the Sivas Stadium or the Mersin Stadium.

Bahadir Kul, who founded the company in his own name in 2003, didn't set out just to create stadiums though. He felt that was too easy given the appetite people have for the sport. Instead, he had a desire to bring joy to people’s everyday lives. This forms part of the firms DNA and it is clear to see in the designs they create. The company have been nominated for many prestigious awards; the most eyebrow-raising being the EUmies award.

Next up is a German firm named Gerkan, Marg & Partners (or GMP for short). They are considered pioneering stadium architects. They have been responsible for creating some of the world’s most iconic and cutting-edge sports arenas. What are some of their noteworthy projects? They include the Olympic Stadium in Kyiv, the National Stadium in Warsaw and the Cape Town Stadium in South Africa, however, their most famous is probably the Bernabeu in Madrid. Of course, with 45 years behind them, it is of little surprise that they boast such a rich and diverse portfolio.

To this day, they are very much considered to be industry leaders. It is perhaps the fact they are continually moving with the times and bringing advanced and thought-provoking concepts to life that helps to set them apart. We've touched on some highly regarded stadiums but GMP has planned and constructed a variety of projects; these range from small scale home renovations to museums to airports and, of course, football stadiums. It probably won't surprise you to learn that the company has received several awards for their contribution to design; most notably the IOC/IAKS Award for Sports facilities. They won one of the Stadium Awards for their work on the National Stadium of Warsaw.

For our ‘bronze medal position', we take you back to 1978. That is the year Swiss company Herzog & de Meuron were born in Basel. The founding partners, Jacques Herzog & Pierre de Meuron, received international acclaim early in their careers for their innovative and pioneering designs. At the time, this wasn't as stadium architects though with the Tate Modern one of the iconic buildings that earned them plaudits.

Eventually, the duo would find their true calling though; that was, of course, football stadiums. Their first venture into football architecture was for their local club, FC Basel. They re-vamped that stadium in 2001. Since then they've been somewhat unstoppable. Fast forward 20 years and they're probably best known for Beijing’s ‘Bird’s Nest’ national stadium, which was constructed for the 2008 Olympics. Bayern Munich's Allianz Arena doesn't rank too far behind either though whilst their proposal for Chelsea's new stadium in London has been well received too. As stadiums have gone up the awards have rolled in. The top honour, however, has to be the internationally acclaimed Pritzker prize; this is often referred to as the Nobel prize of architecture.

It's highly plausible that Populous might feel hard done by not to sit top of this list. The American multi-national architectural firm is a massively admired stadium. They have created some of the greatest sports arenas around the globe. The projects that they can put their name to is frightening. You're looking at things like Wembley Stadium in London, Parc Olympique Lyonnais in France, Soccer City in Johannesburg and DC United's Audi Field in Washington. 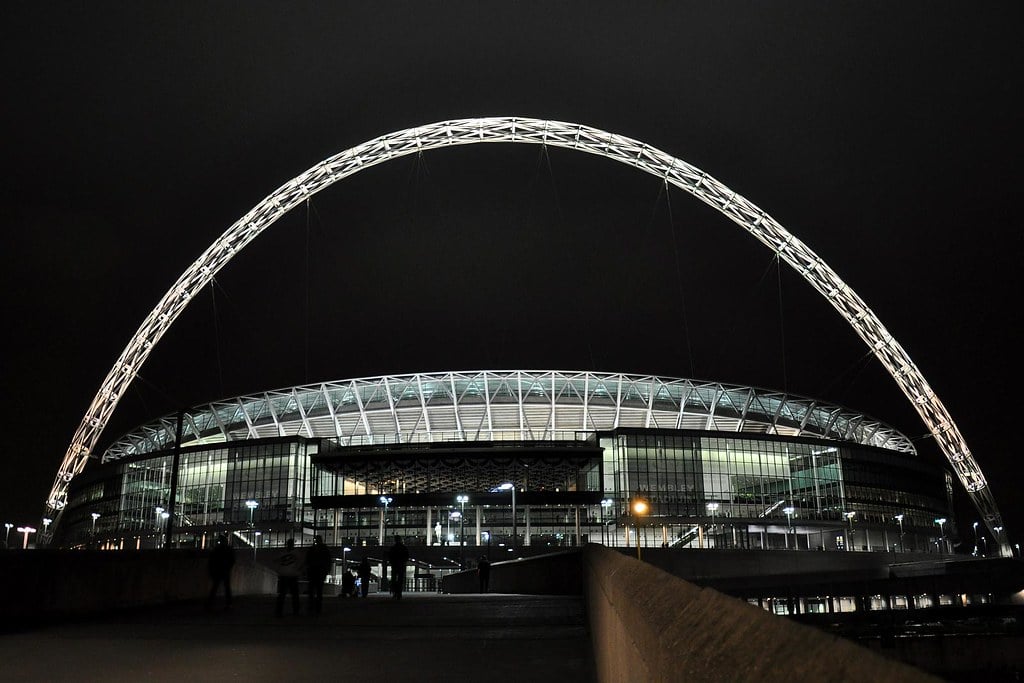 Sure, Populous' works have spanned across three decades but, as you can see, they have built some of the most iconic sports venues around the globe. They're continually pushing the limits of the new design. With all that in mind, it is little surprise that they have established themselves as one of the leading stadium architects. Don't just take our word for it though. They've been awarded over 250 awards. Those honours cover their excellent work in no fewer than 34 countries. The crowning achievement? It's a tough one; you'd probably have to say the Royal Institute of British Architects (RIBA) building of the year award for their work on London’s Olympic Stadium in 2012.

We've touched on innovation a lot throughout this article. One of the biggest challenges facing stadium architects now is staying green as they craft their designs. It's what sets HOK apart. HOK Architects were founded in 1995 by George F. Hellmuth, Gyo Obata and George Kassabaum. They're renowned for the innovative work they do in the field of sports architecture. The firm has designed countless sports arenas across the globe. Their prominent projects such as the Mercedes Benz Stadium in Atlanta and the Ethiad arena in Abu Dhabi are the jewels in their award-winning crown.

The firm pride themselves on using cutting-edge design technology, sustainable design elements and the best new innovations in all of their projects across the globe. They are also leading the way in sustainable design. HOK has won a lot of impressive awards and has been ranked as the number one green building architectural-engineering firm by Engineering News-Record. The firm might have created some of the best football stadiums out there, however, it's far from their only brag. They have also worked on many other notable sporting landmarks; for example, they were behind arenas such as the Las Vegas ballpark and the Hard Rock Stadium in Florida.

A closing tribute to the most famous and renowned stadium architects

Stadiums are a truly special place. Creating an atmosphere where football fans come together as one to cheer their side on to victory is something truly magical. Being able to capture that experience through design requires a great deal of creativity, innovation, clever architectural engineering as well as a sense of identity that will leave a long-lasting impression on supporters.

These five architecture firms nail it pretty much every time. Not only have they designed unique, one-of-a-kind stadiums time and time again but they have managed to do so whilst embodying what it means to be a fan. Their achievements should not be overlooked.