In this article, we would explore everything you need to know about the Both Teams to Score (BTTS) wagering strategy. Keep reading to find out how the market works, the sub-types of this market, and the strategy to win when you play in this market.

After conceding six goals against Feyenoord, Stru Graz returned to winning ways with a 5-1 thumping of Maribor. All the while they have been winning games in the Austrian Bundesliga, scoring goals for fun. They will be challenged by Lazio, who have scored 19 goals in their last five outings. While they have kept a clean sheet in three Serie A outings, they have allowed their rivals to have a go at their defence. Lazio's last trip to the Merkur-Arena saw goals at both ends of the pitch and more of the same is expected in this encounter.

Goals are on display when Hoffenheim or Werder Bremen enter an equation. The visitors from Bremen have scored an impressive 11 goals in their last five outings while seeing seven strikes go in the opposite direction. Both sides look primed to score goals against each other, as has been the case in their recent bouts in the Bundesliga. With both sides conceding goals regularly and scoring at a similar pace, we expect to see BTTS being realized.

Bundesliga fans will head into the weekend with Der Klassiker to look forward to. Both sides have found themselves amongst the goals in the aftermath of the international break. Der BVB has punished their rivals six times while Bayern has nine goals to their names. Their last six meetings have seen blows exchanged and this meeting is not going to be any different.

What are Both Teams to Score Wagers and How Do They Work?

Both Teams to Score bet types are new to the sports betting scene, and they attract many customers. By popularity, it's ranked as high as the over/under market. Some bookmakers put the market in the “Specials” category, and some in the Game Score category. Mostly, you wager on whether or not both teams would score a goal during the 90-minute game. The full match score doesn't include overtime or penalties. Don't get confused with the “Not to Score” market. While they are in the same family, they are quite different markets.

Placing Both Teams to Score wager is straightforward. All you have to do is click on “Yes” if you think that both teams in the match will score or click on “No” if you think only one team or none of the teams would score. These markets keep the game interesting even if the result is 3-0 after seventy minutes of playing. It keeps you on your toes to see whether the losing team would score a goal before the match is over.

The winning strategy most customers utilize is to find a team to wager on that is good at scoring goals, but they also lack in their defence. In matches with teams like that, the odds might not be high all the time, but you have a greater chance of winning than if you tried betting on a match where the favourite has too much advantage over the underdog.

Another strategy is to make a list of the teams that conceded the lowest number of goals and the teams that concede the highest number of goals. Check Today's Matches, or any other Football Coupon you might find on the bookmaker platform, and see if any of those teams on the list are playing with each other. Pick “Yes” for the ones with the most goal on that list (if they are playing against one another). Pick “No” for the ones with the least amount of conceded goals (if they are playing against one another). Besides, you should also keep track of injuries, banned players, and stats because it would help your strategy more when choosing the teams.

Choose your odds carefully. There is no point in placing a wager at crappy odds if you won't get good returns if you win it, so always check the wager's odds before you place the bet. Even if you are sure of the outcome, it still might not be smart to place a wager if you won't get any returns after.

Types of BTTS (Both Teams to Score) Wagers 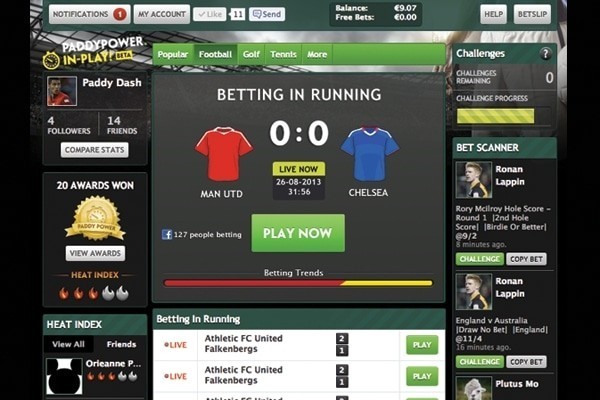 There are more than one Both Teams to Score option when it comes to football betting. You can also place bets on the following markets:

The BTTS No Draw bet is a combination bet. That means that you need two outcomes to come true instead of just one. You not only have to pick if both teams would score during the game but also the winning team. It is very similar to Both Teams to Score and win. Bet365 is the bookie that introduced this betting market to the world, and they give the best odds in that department.

Both Teams to Score in both halves

To win this type of wager, you need both teams to score in both halves of the game. Alternatively, some Sportsbooks offer Both Teams to Score in only the first or second half. But these kinds of markets are hard to predict, which means that the odds are in the person's favour, and they would win a large amount compared to their stake if the outcome is in their favour.

Both Teams to Score Over/Under

This type of wager combines the Both Teams to Score market and the Over/Under market. You would need to predict both outcomes correctly (if both teams would score or not, and if the total number of goals is over or under a specified amount by the bookmaker) to win the wager. This is also a hard wager, but different bookmakers offer different types of odds, so be on the lookout and see which bookie has the best odds.

Both Teams to Score In-Play Betting

Some bookmakers also offer live betting options that include the Both Teams to Score market or any of its sub-markets. If you use any of the features, the bookie has like Cash-out or Edit bet during a live event you successfully increase your chance of winning something. Still, in these types of situations, you have to be very fast because the odds can change every second, and if you cash out in a moment after the odds have already changed, you can't go back, and you may lose some of the amounts you wanted to cash-out.

Our Final Opinion of Both Teams to Score (BTTS) Betting Strategies

Both Teams to Score has become a very popular betting market with many sub-markets offered by bookies for the different Football coupons. After reading our article, we hope you understand better how to place BTTS bets and what to expect when placing them. Some of these strategies may seem general and not related to this specific type of bet, but we assure you that they would help you place better wagers, and you would be a pro after a few tries. The most beneficial kind of BTTS wager is the one place during the game (in-play) because you can see how the players are during the event and what the general atmosphere of the game is like. These types of wagers are the most successful among all the BTTS types.