Eco-friendly football stadiums: Which are the greenest?

What actually makes a ‘green stadium’?

Green stadiums, also referred to as ‘eco-friendly’ stadiums are those that have a significantly reduced impact on the environment compared with your regular sports stadiums. Of course, this is beneficial for the overall future of the planet, whether we like to think about it in terms of this generation or the next. Sure, it’s a bit of a political topic, but it’s something that has clearly been at the heart of the changes made at some of the more eco-friendly football stadiums we see in 2021.

If we’re being honest, we all love those whopping stadiums with huge capacity capabilities and all of the other premium features that go along with such stadiums. However, wouldn’t it be great if we could enjoy all of these benefits without knowing that such stadiums are causing long-lasting damage to the environment? Well, at the three stadiums we’ve covered here, you can!

Introducing the greenest stadiums for 2021

Before we introduce our top three eco-friendly football stadiums, we’d like to point out that these kinds of changes don’t just happen overnight. So before thinking that other stadiums in the world are falling behind by not matching the efforts at these stadiums, it’s important to remember that becoming eco-friendly is a process, and it can often come at a significant cost. With that said, these three stadiums really are setting an incredible example for the rest of the world to follow. 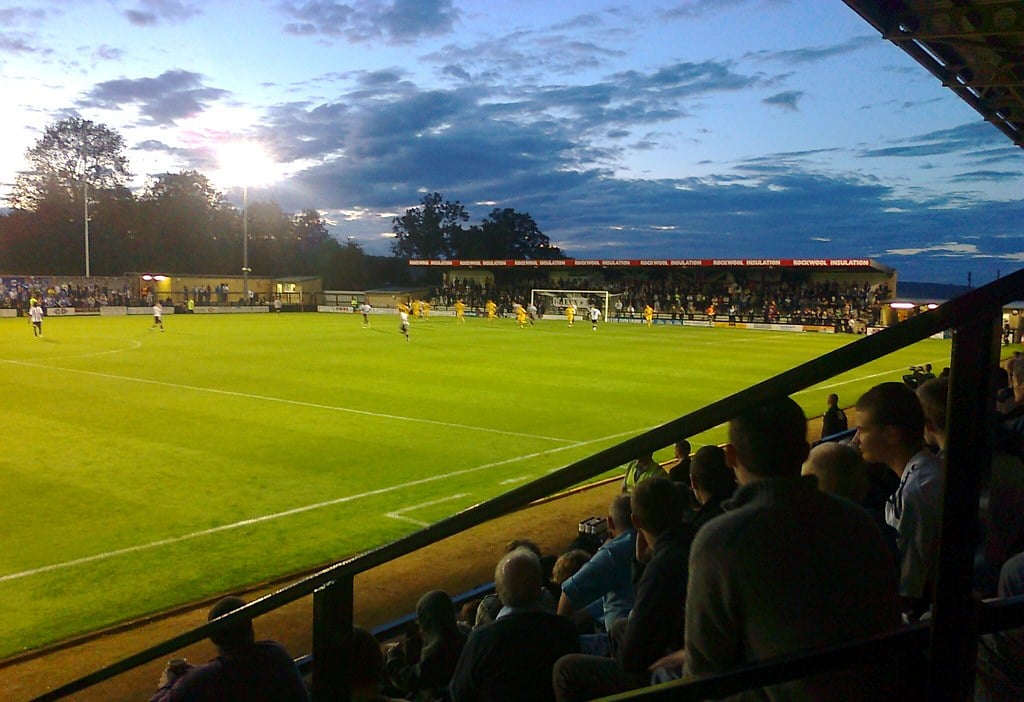 Despite being a relatively small club that currently competes in League Two, Forest Green Rovers is a club that certainly packs a punch in the eco-friendly department. In fact, this is one of the best eco-friendly football stadiums in the world, even though it is one of the smallest stadiums currently home to a professional football team. All of this started back in 2011 when the club made the decision to establish the very first organic football field in the world. And in that very same year, the club stumped up a fair amount of cash to successfully install 180 solar panels around the grounds so that the club could run on its own electricity.

At the time of writing, these efforts have helped the club to now generate 25% of the overall electricity requirements from these solar panels. And if you thought that was good enough, the club even built its own self-sufficient lawn mower, something that the club's owner had a major input with. Finally, the club has taken meat off the menu and transformed the drainage system so that all water collected can be recycled and converted into energy.

As you can see, all of these changes have been absolutely deliberate, and we really do have to take our hat off to the club's owner, Dale Vince, for making all of that possible.

While Forest Green Rovers rules the economic impact game in the lower tiers of English football, it is Tottenham Hotspur that is leading the pack in the Premier League. Of course, this new stadium was built with a fairly hefty price tag of more than £1 billion, but it’s not like the developers have built it with zero care for the environment – far from it, in fact. Let’s start with the exterior of the stadium – the sloping design allows it to collect rainwater, filter it, and then use it for the sanitation facilities around the ground. This means that the club effectively doesn’t need to pull water from external resources, but things don’t stop there.

Just like Forest Green Rovers, the developers have installed solar panels around the exterior to gather electricity this way, and the eco-friendly impact has even made its way into the kitchen. That’s right – you won’t find any straws, plastic cutlery, or plastic plates and bowls within the grounds, as these have been completely banned.

The icing on the cake to justify calling this stadium one of the most eco-friendly football stadiums in the world is the 100% renewable energy certification that the club boasts. This certification also shows that the stadium has zero ‘scope 2’ emissions, which translated, means good news for those that care about the environment!

The third of our eco-friendly football stadiums is the relatively new Emirates Stadium, also located in London. Unlike the Tottenham Hotspur Stadium, however, the Emirates isn’t loaded with high-tech designs and practices to reduce its economic impact. Instead, the club focuses on old-fashioned rituals such as ensuring that recycling facilities are all around the grounds, and to be fair, the staff and fans tend to stick to these practices. But of course, it’s not just the recycling choices that make us believe that the Emirates is one of the top eco-friendly football stadiums these days. 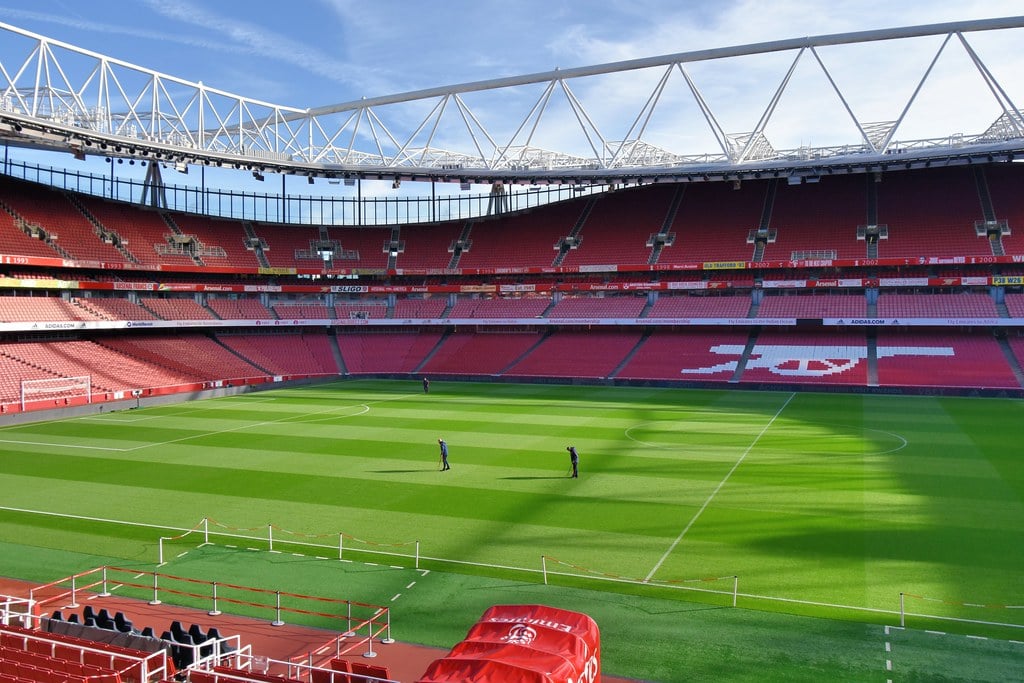 Other changes such as the installation of LED lights, waterless toilets, a cardboard crusher machine, and a complete overhaul of the BMS system have been highlighted by the club. And thanks to all of these efforts, the club believes to recycle more than 10 tonnes of cardboard and glass every month, and they also believe that the overall energy output has been reduced by 20% in recent years. As you can imagine, all of this adds up over time, which is why we are very pleased to see that The Emirates has made such deliberate and positive efforts to be greener in 2021.

As time goes by, we would hope that other Premier League clubs follow the example of Arsenal, Tottenham, and others in the league. After all, these mammoth stadiums can often come at a heavy cost to the environment, but it doesn’t have to be that way. Just look at what these stadiums have been able to do during the course of just a few years. Even when we talk about the type of field, there are different football grass types, and surely one that is eco-friendly can be adopted. And if a club like Forest Green Rovers can commit to and implement such significant changes, essentially on a shoe-string budget compared to other clubs, the sky really is the limit going forward in the world of football.