Weirdest Football Stadiums around the World

What criteria should you use when defining the weirdest football stadiums in the world? You've got some real extremes to consider from the setting all the way through to the design. What we won't be doing is laughing at naming conventions like the Young Boys' Wankdorf Stadium – although it is still pretty weird. Instead, we'll be looking at quite a range with some stadiums that could challenge the seven wonders of the world and some that, well, couldn't.

So, what are the weirdest football stadiums in the world?

We kick off our list of the weirdest football stadiums in the world with a look at one that, at first glance, might look pretty standard. The open-air stadium seats 48,665 fans with Club Universidad regularly pulling in a capacity crowd. That, however, is not why we're talking about it. In fact, it only features on our list for one very specific reason. In 2006 the ground played host to a football match with a tree planted on the centre spot; it wasn't a small one either – it stood 10m tall. Of course, it's not always in place; it was part of an exhibition put on by Sebastian Errazuriz. It's still pretty out there though.

Okay, so the home ground of Serbian first division side FK Vozdovac Belgrad isn't a feat of engineering or located in a beautifully scenic spot and with a capacity of just over 5,000 it's not winning any prizes on size. What makes it unique? The fact it's located at the top of a shopping centre. That's what. If you've ever argued over shopping or football, you now have your perfect compromise. 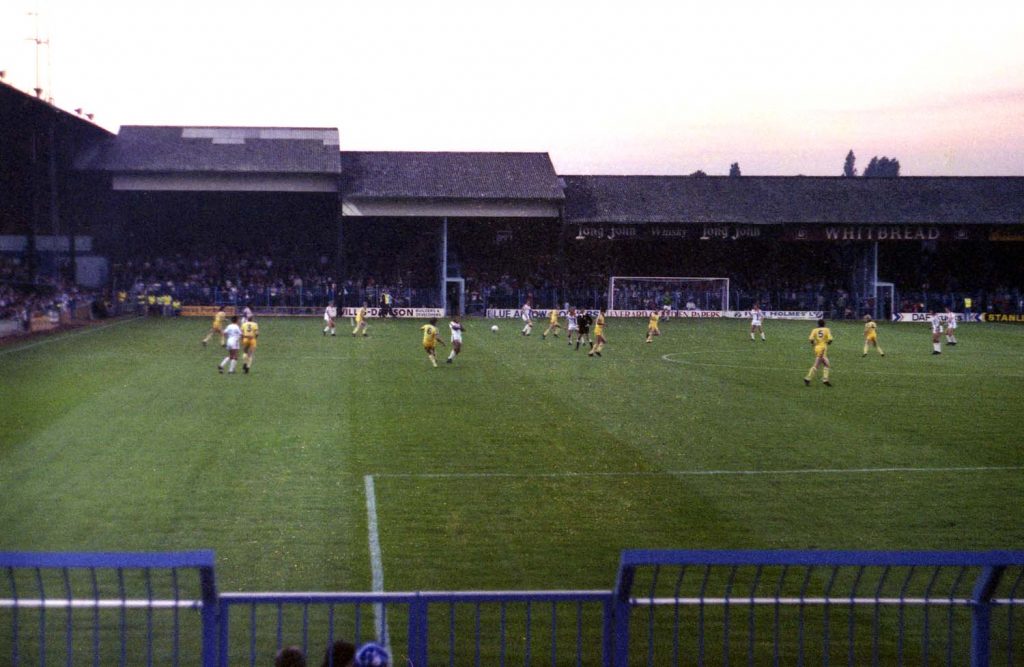 Get ready for the glam to arrive. Step forward Kenilworth Road; the home of Luton Town. This 10,356 capacity ground is hardly one for the bucket list but that doesn't mean it can't be weird and it certainly is. Whilst you've got plenty of normal features knocking about too in the shape of stands and suites named after legendary players and general heroes of the area you've also got one of the most bizarre entrances in world football. Fans arriving at the Oak Road End will have to use an entrance that is built in a row of terraced houses. If you're in the UK, you could even rent a football stadium like this one for big events.

Okay, we're getting into some of the real beauties now. If this stadium had actually been built then it would unquestionably sit much closer to the top. As it happens though, it's been in the pipeline for years with little news on the physical development. Still, a quick glance over the plans will tell you that it is one weird stadium. Smooth sand coloured stands are expected to blend in with the surrounding landscape with the main attraction a stand cut directly into the Jebel Hafeet mountains. If the Scorpion King did football…

From a stand carved into the rock we move onto another with rock at its core; the Municipal Stadium, which belongs to Liga NOS side Braga. The east and west stands are fairly standard with a total of 30,286 seats sharply inclined to look down onto the field of play – although the fact they're linked by steel rods is quite impressive. What sits at either end of the pitch though is what sees it feature on our list – rocky hills; one of which has the electronic scoreboard built into it.

The Faroe Islands sit painfully low in the FIFA rankings. It's not all doom and gloom for the minnows though because they perform somewhat better in our rankings; it’s just a shame these rankings are for the weirdest football stadiums. Why then is the Eidi Stadium featured here? Well, the semi-pro ground cuts a beautiful figure at the bottom of the rocky hills near Lake Toftavatn but it is also just a mere stone’s throw (and not a big one) from the Atlantic Ocean. Balls are regularly seen flying into the water. So much so that if you keep your eyes peeled you might find a part-time job advert for a ball collector; you'll need experience of using a boat though. Modern stadiums are often criticised for lacking anything unique in their design but that claim cannot be made against Turkish side Bursapor. Their stadium, the Bursa Timsah Arena, has been designed with their club nickname in mind. Their nickname is the Green Crocodiles so what might the stadium look like? Well, a green crocodile, obviously. It's detailed with eyes and teeth and, quite frankly, is damn impressive. Let's just hope it's well built too – we wouldn't want any of it to ‘snap'!

Have you ever heard the expression of teams having a ‘home fortress'? It's a phrase commonly thrown around when a team has a strong home record. Well, HNK Tongir has taken things a tad too literally with their choice of the stadium. Their touchlines are flanked by stands giving them a small capacity of just 1,000 but behind either goal, they've got a UNESCO World Heritage site; they both happen to be fortresses namely Kamerlengo Castle and St Marco's tower.

We've already seen stadiums that sit on the water’s edge; The Float in Singapore takes that to whole new levels though. You might have guessed already given the name but the pitch is actually floating on the waters of Marina Bay. It's not just a stunt either with a multi-coloured 27,000 capacity stand sitting on the bank overlooking the pitch. Whether the pitch will remain in situ forever remains to be seen but it's into the 14th year, which already exceeds the initial expectation. It plays host to elite matches too with the Singapore Cup having been played there in the past. Remember at the start when we mentioned Young Boys of Switzerland? Well, it's a Swiss stadium that tops our list but the tenants of the ground are actually the amateur outfit FC Gspon. The stadium is known for one main reason and that's the fact it's positioned some 2,000m above sea level; that makes it the highest stadium in Europe. So, if that's why it's a fairly well-known stadium amongst football fact heads is it why it's weird? In some way, yes. It's not the only thing though. It's only accessible via cable car and also happens to be built into the side of a cliff meaning there is a 2,000m drop to the ocean when the ball goes out of play. Who'd be a ball boy there? There you have it, the weirdest football stadiums in the world.